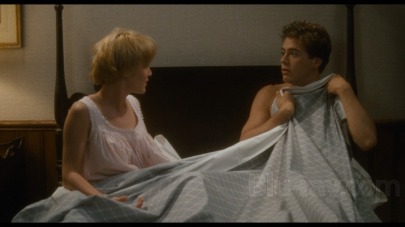 Decades before he starred as Iron Man (2008) and his fellow lesser known Marvel buddies invaded the big screen, Robert Downey Jr was sort of in the Brat Pack. The Brat Pack consisted of a number of actors and actresses who in the 1980s starred individually or en masse in a plethora of films such as Pretty in Pink (1986), The Breakfast Club (1985), Kansas (1988) and Short Circuit (1988).

They were equally famous off-set for their youth, off-set partying and relationships. In the Brat pack, there appeared to be a pecking order within this group, the main brats see the top of the billings cast of St Elmo’s Fire (1985). Other main brats included Antony Michael Hall and Molly Ringwald. Then there was the lesser Brat Packers – who ironically have had more staying power and are currently more well-known – think Tom Cruise, Charlie Sheen, John Cusack and of course Robert Downey Jr.

Ironically in Less than Zero (1987) Downey Jr’s character Julian is up against Rip portrayed by lesser Brat Pack’s favourite bad guy, James Spader. Later  – or as George Lucas would probably describe it as “poetry” –  in Avengers: Age of Ultron (2015), as Iron Man, Downey Jr fought and won against the villain, Ultron also played by Spader.

Today I’m reviewing Chances Are (1989), or as “How to win over your girlfriend’s Cougar mother” as darlin’ husband called it. This film was made in the late 80s with lesser Brat Pack members so therefore was sadly overlooked on its release. I saw it due to my younger sister’s then crush on Downey Jr and found it then, as I do now a bit of a weeper. It was made in the late 1980s – ie in my hopeful romantic era – in a time before rom-coms had developed their own tiresome formula.

The film stars Downey Jr and Mary Stuart Masterson, a blonde lass who acted in John Hughes’ Pretty in Pink role reversal brat pack film Some Kind of Wonderful (1987) . In the latter, Masterson was cast as Watts as the equivalent of the Duckie character from the more famous Hughes’ Brat Pack film Pretty in Pink.

It is interesting to note it was in Masterson’s film that the best friend, Watts character’s love was requited by the object of her affection rather than the rich kid. However in Pretty in Pink, the test audience had wanted Duckie’s rival, rich kid, Blaine to get the girl despite the opposition of his friends led by, Steffie played by you guessed it James Spader.

Back to review in hand, in Chances Are, the more mature leads were played by Cybil Shepherd (Maddie in TV’s Moonlighting (1985) (ask your dad)) and Ryan O’Neal respectively (ask your granny). As when I was a kid O’Neal was more famous (in our household) for being Tatum’s dad. Tatum O’Neal was International Velvet (1979) in the famous film of the same name of the girls love horses classic also starring Anthony Hopkins and Christopher Plummer.

Chances Are starts in flashback, at a wedding in 1963 between Louie and Corinne, where his best friend and journalist, Philip (O’Neal) confesses to Louie he is in love with Louie’s bride Corinne (Shepherd). We meet the three a year later, where Louie is now a young District Attorney and his wife Corinne are still loved up and she announces her pregnancy (this is where I gulped back a sob).

My similar reaction to this type of announcement was in reaction to the Season 1 Dallas (1978) pregnancy announcement between the equally loved up Bobby and Pam Ewing. In the Dallas scene Pam asks Bobby “What do you get when you cross a Barnes with a Ewing?” and then she answers “A boy or a girl” leading to that soppy look only Bobby ie Patrick Duffy can pull off. These pregnancy announcements are just two of those retro moments which then and even now get me reaching for the tissues.

After this there is some back story of the Louie character photographing a judge taking a bribe (which tbh didn’t really need to be there and you will probably forget about by the end of the movie).

Louie is then killed in an accident on his way to meet Corinne on their wedding anniversary. At this point Darlin’ Husband quips is this is where Corinne works with a ghost of a dead guy who looks like Bruce Willis and a kid who sees dead people and they investigate it his death.

Anyway by the time I’d worked out  (albeit with his mansplaining) Darlin’ Husband was referring to Moonlighting and the Sixth Sense (1999), Louie is up in heaven trying to negotiate his return to earth. After making a commotion, he is put in a queue of people waiting to be reborn. An angel inadvertently forgets to give him his memory wiping inoculation shot but too late as Louie is running from the queue to return to earth.

We then fast forward to the present day of 1987, where in Darlin’ Husbands parallel casting of the film 80s oldies Jessica Tandy plays Shepherd’s Corinne and Tom Skerritt as O’ Neal’s Patrick as this is set 23 years later. (But they don’t in this particular film universe, which I am reviewing). Meanwhile, Robert Downey junior as Alex meets Miranda (Masterson), a pretty blonde in the college library just before their graduation.

They are attracted immediately but after some “chance” events. Alex turning up at Philip’s newspaper’s office to try to get a job, Alex forming relationship with Philip, Alex is taken to visit Philip’s friends. Then what d’ya know he is meeting the mother Corinne and her daughter Miranda combo.

Alex and Miranda are immediately attracted to each other again and later snog passionately in front of a picture of her dead dad, Louie which for some reason is on the inside – yes, inside – of the family fridge.

At this point darlin’ husband gives up on the movie as he pointed out… it should have been more like Back to the Future (1985) as he mansplained that when you kiss your daughter or see your wife after 20 years, you should fade away…. Anyway, after some flashbacks Alex realises he’s Louie reborn and he then wants to hook up with “wife”  Corinne again, and fend off “daughter” Miranda’s advances.

However life is complicated, Alex thinks he is Louie and loves Corinne and Corinne still loves the dead Louie.  Philip still loves Corinne after 23 years of stalker like devotion and Miranda loves Alex. If you still keeping up, Alex convinces Corinne that he is her dead reincarnated husband Louie and then Alex courts Corinne. This leading to frustration from the unrequited love from Philip and Miranda for the pair. Cue lots of comic mayhem and weeper moments.

I will end the review here, unless I get enough demand to complete this review. This as a spoiler version from the less easily confused and/or those of you unlucky enough not to find this 1980s gem on DVD. But I will say that I would class it as a weeper as a complete change from the more predictable Cougar goes for much younger man scenario.

I was always on the verge of sobbing and the film is a Hulk free zone unless you are Mary Stuart Masterson and you remember just how dowdy your make up, hair and clothes were for your role in comparison to Cybil Shepherd’s. But Mary, please remember many a Brat Pack obsessed lass (then and) now look at you with envy as the lucky, lucky girl who got to snog Andrew McCarthy in Catholic Boys – aka Heaven Help Us (1985) – and for that we salute you. 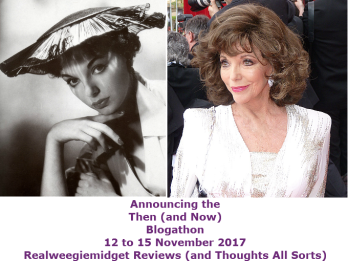 This post was added to my joint blogathon with Thoughts All Sorts in the   THEN  category.   Other reviews with this cast include Robert Downey Jnr in Captain America Civil War. Mary Stuart Masterson features in my Heaven Help Us / Catholic Boys review. Cybill Shepherd stars in a review of Moonlighting.

100 (of over a thousand) Really Random Posts tags… 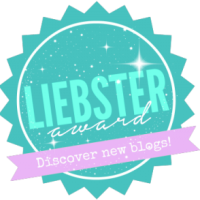