A Girl For All Seasons…

A unique love story starts with a couple breaking up leading to a hopelessly romantic young man appraising his lost relationship with Summer, the girl of his dreams. 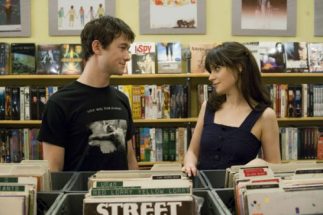 I last reviewed this leading actor in the biopic, The Walk (2015) where he played a French man, Philippe Petite with one big passion to cross between the Twin Towers on a tightrope. Here in the film (500 ) Days of Summer (2009) Joseph Gordon-Levitt’s Tom has a different love – yet just as passionately intense – so much so that he thinks she’s the one.  Summer Finn is the girl of Tom’s dreams. But unlike him she doesn’t believe in love, fate or relationships. However, the film starts showing the pair on a bench, with her hand on his and a pair of sparkly rings on her wedding finger. But as the story warns you this isn’t a love story. But you may need some tissues.. or a cushion (to throw at the screen).

The film telling us about the highs and lows in the 500 days from when Tom met Summer for the most part in apparently haphazard fashion, instead of a more conventional progression of events. The day number appearing on-screen to help guide you in this story. The opening credits have lovely home videos of the pair as kids along with an offbeat soundtrack.

The film events are narrated by Richard McGonagle and surprisingly not Morgan Freeman. McGonagle an actor more synonymous with voice overs in video games and TV. This compared with a more recognisable acting voice like Freeman adds to and reinforces the unconventional feel to this movie. This film is more of an alternative to the traditional romantic comedy gives us in both plot, characters and story line is a more realistic less contrived love story.

The movie starts on Day 290, where we see a wee girl Rachel (Chloë Grace Moretz) is cycling frantically to her big brothers aid. It turns out her brother Tom (Joseph Gordon-Levitt) is hurting from a broken heart, so he’s taking it out on the crockery. His friends McKenzie and Paul consoling him. We’ve seen and heard these lines this in films before, but with girls in these best friend roles. We find out via a recent flashback, that Summer, Tom’s girlfriend has just thrown a whammy at him telling him they should stop seeing each other. Tom surprised at this believing they were both happy so he’s confused on this recent turn of events.

Tom tries to make sense of it all as he talks to his sister and friends. We flashbackwards to his first meeting with Summer (Zooey Deschanel). On Day 1, Tom, a one time architect is now working for a greetings card company. There he writing greetings and messages for cards for love and romantic events. This job is ideal for the incurable romantic he is. Because of his romantic views he’s fantastically revered by his boss, colleagues and clients alike.  One day his life changes, as Summer starts working at the same greetings company. He’s immediately besotted with her and hoping immediately that she’s the one with a soppy wee montage of just why complete with She’s like the Wind Patrick Swayze’s tune from Dirty Dancing (1987). (Couldn’t you just see him played by Jennifer Garner if this were a more traditional and contrived film romance?)

On Day 8, in the lift to work they discover a similar taste in music, The Smiths. The pair talk more at a work party celebrating a colleague’s engagement. As the pair attend a work night out, there is an obvious attraction between them. This especially noticed when they observe the other singing in the karaoke – most noticeably more so on his side.

However, on talking with Summer and McKenzie, Tom is shocked to learn Summer’s opposing views on love and relationships to his more romantic beliefs. Despite this, Tom’s close friend mentions that Tom likes her, with Tom hastily adding as friends. Which she concurs with. It looks like they will get together that night, but that moment comes soon after at work where Summer kisses him unexpectedly at the photocopier.

Over time Summer and Tom share more fun, romantic and intimate moments.. with a delightfully funny scene set in a well-known Swedish furniture shop. There is also more increasingly intimate moments where he talks and shows her his architectural dreams for the city as they share a view. He shows her round LA in a wee tour of the city. Summer wants to keep things casual but its obvious he’s fallen for her big time, to the concern of his friends and little sister.

In time Tom feels, Summer appears to be closer and talk with to him than her previous partners. However despite this, Summer does not see the pair as having a relationship The couple fight after Tom hits a man in the bar who is coming onto her and defends her as a boyfriend. They make up, but Summer tells him that she can’t guarantee her interest in him for always..

This film was a refreshing change from the more predictable romantic comedy. It was a nice change to see their story shown in a non linear fashion and with their break up highlighted first. This added to its uniqueness as a movie, and more interesting as a result due to knowing this outcome.  As instead of centering on a relationship leading to a happy ending, it saw the heartbreak and soul searching of an individual after a relationship.

Scenes were seen from a number of different perspectives making it a more credible love story than more too contrived romantic comedies. This story was refreshingly told from a loved up man’s view rather than a woman’s made it a more interesting story. As to often romantic comedies focus on female characters. This approach also reminded me of John Cusack’s character in High Fidelity (2000) whose character Rob goes as far as contacting the ladies he’s loved and lost to make sense of his break up. With the traditional male and female ideas of love challenged, I felt almost apologetic towards Tom for the way Summer behaved towards him. At times I felt her as leading him on as she toyed with his affections. This however made Summer more interesting and enigmatic, as not your typical girl in a romantic comedy. I felt bad for poor loved up Tom as he looked so besotted with her.

Levitt’s scenes with Rachel were a lovely addition, as their big brother /little sister relationship reminded me of Gregory’s Girl (1981) where Gregory’s wee sister gives him advice on women. She reminded me of Abigail Breslin in Definitely Maybe (2008) and of Becca in Californication (2007-14). In both, a young daughter talks with her father about his breakup. And it was nice seeing Tom’s friends supporting him in his break-up.

It was interesting how Tom coming to terms with his break up of Summer was seen through the grieving process. As he told their story from the beginning in his haphazard recollection of events, he only saw the happy times in their relationship in a loved up version of a montage. This leading to his anger once he remembered Summer’s behaviour in key parts of  the same montage as he remembered the story in its entirety.  Seeing this montage in its full context Tom recognises the signs of Summer’s decreasing interest. Another example of one montage repeated twice where Tom remembers her physical features talking about them lovingly, and the second more critical. The film also showed on Tom’s behaviour in the remaining stages of bargaining, depression and acceptance. This made the film more realistic than others of its genre.

However,  there is also some lovely unique moments in the movie, as well as the more traditional montages. Firstly, there is a mini documentary about love as many of the main characters see it, which adds to the film’ s primary message which is that men and women aren’t that different in a relationship. There are also wee random homages to a number of cinema genres. Tom dreams of his relationship with Summer in this genre as he tries to understand more on their breakup. Later in the movie there is a split screen scene showing Tom’s expectations vs his reality in a situation with Summer. Without spoiling this part of the plot it was interesting seeing this as it almost challenged the contrived viewpoint of romance in the movies (Tom’s expectations) to reality (that many of us may empathise with).

The karaoke scene where we see Summer and Tom’s growing attraction is a treat and almost reminiscent of Lost in Translation (2003) where two other characters show a growing affection through music. Singing scenes with Deschanel are almost an essential in her movies and TV with her singing in Rock the Kasbah (2015) and that moment with the not so musical James Franco in Your Highness (2011). But it is Gordon-Levitt’s singing that gets special mention here as he demonstrates his feelings about Summer in his musical performances.

We see these musical numbers before, during and after their relationship. Tom’s performance before the relationship shows him as he is, and this is how he attracts Summer.  This in contrast to the joy he feels in the off beat random song and dance number after she appears to commit to him. Complete with random cartoon animal it feels almost like a Disney film. We most certainly feel happy for him, and like him hope she’s the one. However there is a marked difference between this performance and that pain he shares with us as he sings in a karaoke after their break up. His hurt, upset and anger and these feelings are made so clear and definitely not lost in translation. We then hope that Tom in time accept that Summer just wasn’t the one. And that he moves on to his next Calendar Girl. 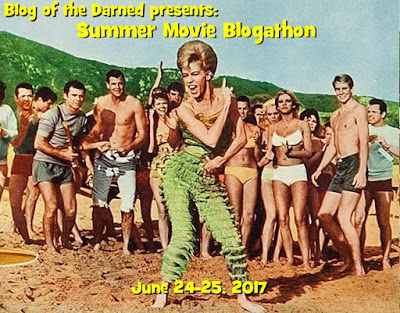 This film was reviewed for the Summer Movie blogathon run by Blog of the Darned and Hollywood Genes’ Always A Bridesmaid Film Blogathon. Other films with this cast include Gordon-Levitt in The Walk (2015) and Deschanel in Your Highness (2011) 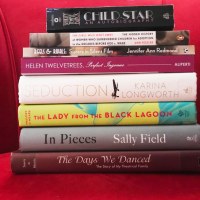 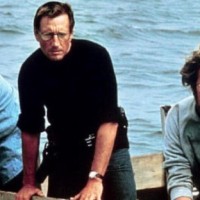 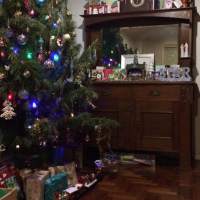 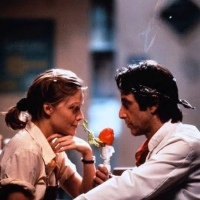