A Chilling Horror That Will Keep You Hooked…

On Adrienne Barbeau, an actress who had her brush with horror in more ways than one. 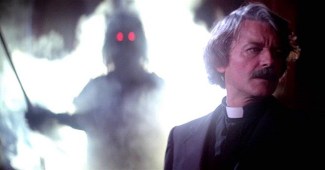 The Fog (1980) – Trailer,SupernaturalEarth and photos from AVCO Embassy Pictures

I first spotted The Fog’s leading lady Adrienne Barbeau was in one of her early non-horror cinematic movies in The Cannonball Run (1981). This in a small but memorable supporting role, she played one of the two lady Lamborghini drivers. Wearing one of those 1980s styled, satin spandex onesies as Marcie, Barbeau used her womanly attributes in some shameless tactics to aid her character and co-driver in this cross-country car race. This role won more than just a lot of male attention.

Here in the The Fog (1980) a film I recently watched for the first time, she stars as the leading lady in this John Carpenter directed horror movie. And I was happy to see she has a much meatier part proving her talents in this film genre. Barbeau starring in this film alongside some Horror film darlings and Carpenter favourites including Janet Leigh, Jamie Lee Curtis, Tom Atkins and Hal Holbrook.

So to tell you more, let’s go to the plot, which is the subject of a story told by an old fisherman (John Houseman). This tale is shared by him as he sits next to a campfire – with his wee jaunty cap on – to an audience of kids. All listening intently and captivated by their’s town famous legend told by the fishermen of the town. But there’s nothing jolly about his tale of terror which the old man tells at five minutes to midnight. This on the eve before the town’s centenary celebrations.

The old fisherman shares how 100 years before in 1880, one foggy night, the Elizabeth Dane vessel owned by Blake – a rich man and leper – crashed into some rocks, after heading towards a campfire on land. Blake had hoped to start his own leper colony. His leprosy ridden crew were killed and the ship destroyed. And that it is believed that when the fog comes it will bring back the undead with it…

In the scene after this, at Father Malone’s (Holbrook) place, a sole brick falls out his wall, revealing one of his ancestor’s diaries. This book explaining the more of the fate of the Elizabeth Dane’s fishermen. It’s revealed a century ago, Malone’s grandfather and some other men, deliberately sank the ship by misguiding them through the fog using a campfire. They then plundered the shipwreck stealing the fishermen’s gold. This gold was used to found the town and the local church.

The people of the town however are unaware to these events 100 years ago. However eerie happenings take place as midnight comes, signified by the church bells. The quietness of the night punctuated with ominous sounds of car horns blazing in unison, swinging doors, a strange shaking in the supermarket with bottles falling and breaking and more apparent supernatural events.

These noises inter cut with the sultry voice of the local lady DJ, Stevie Wayne (Barbeau) at the lighthouse station, as she keeps the town up to date with the coming fog. These scenes building up the atmosphere and your fear of the unknown.

Just outside the town, a young hitchhiker Elizabeth (Curtis) has got a lift from truck driver, Nick Castle (Atkins). As they approach the town a fog is noted. As she adding ominously it’s her thirteenth lift, and the truck’s windows breaking for no reason.

Meanwhile at sea, on the Seagrass ship, one of the fishermen notices a thick fog approaching their boat with a sinister red glow. The fog is mentioned by Stevie on her radio show. Her voice leading to some lewd comments about her from the three fishermen, who are listening to her broadcast.

This eerie luminous fog brings the undead sailors headed by Blake and they kill these living fishermen.  One of the undead using a hook, and the ship is then undetected in this eerie fog. We then meet the DJ in person, as Stevie advises the town’s occupants on the approaching fog. Stevie fends off the chat up lines of her persistent weatherman, as she turns him down as he invites her to the town’s later celebrations. As she has to work on her show, alone in the lighthouse.

Elizabeth and Nick however have arrived in the town. We see them in bed together talking, and then there is an ominous knock on his front door. He goes to answer it. And we see the fog and a silhouette of a man with a hook. However, as he goes to answer his cat gets his attention first. The man at the door disappears along with the fog. As the strange glowing fog envelops the town, Stevie announces the end of the “witching hour” on the radio.

Later that morning, Stevie is woken by her young son, Andy. At his trip alone to the beach fishing, he spots a gold coin which is washed away. A bit of driftwood from the boat, with “Dane” engraved on it, replaces it. This from the ship that sunk a century ago. On taking his “neat” piece of wood to work, his mother is subject to some frightening and unexplainable events surrounding it… including water seeping out the driftwood which causes explosions within the electrical equipment.

In addition. Blake’s sinister voice speaks through her recording equipment saying “six must die”. Blake threatens revenge as for his and the others deaths, and the plundering of his gold. More strange events occur and as the missing ship is found. The town’s occupants unaware of these events, are preparing for the celebrations. With the wife of one of the fishermen, Kathy Williams (Janet Leigh) organising this.

This film has all the ingredients for a horror film from the intricacies of the plot to Carpenter composed soundtrack. The film has a dream cast all with fame related to this genre to the director in John Carpenter, a name now synonymous for directing tales of suspense laden horror. Barbeau is sassy, sexy and gutsy as our female protagonist in this movie. Her sultry voice used for the radio, got the attentions of the fishermen.

And she may well have captivated those undead ones with it too, had she tried. It was a nice touch that she was a single mum, with her looking out for her son, Andy especially as the story turned darker. Although at times the story almost was predictable, her acting as she became more and more frantic with her isolation at the lighthouse kept you in suspense as her concerns for her boy and his safety. And she easily would win my vote as a memorable 80s movie’s mum.

It was also a welcome touch where the lead characters each got a wee origin story before their stories merged together. As the leads stories became intertwined with each other, it gave us more of a sense of a community against these strange events. The use of Stevie’s radio show to advise the townspeople of events and happening, added to your fear as you felt uncertain that her fears for others would be heard and for possible repercussions.

This especially with Barbeau’s character in isolation in the later lighthouse scenes and young Andy at home with a babysitter as the fog grew closer. The set up to frightening events at the lighthouse also paid off, with her journey to her studio shown in less frightning situations. This knowledge adding more suspense when these happenings took place. This reminding me of Shutter Island (2010) where another lighthouse added to the fear for the protagonist in the story.

Another nice touch was the camera shots as the undead approached the living are added to some sinister scenes dramatically, in terms of a frightening atmosphere and spooky plot. The use of silhouettes also used, as was the use of familiar sound effects but in a foreboding way.

An example of this with a locked locker unlocking. Although this is a predictable ploy to scare the audience. When this action is seen to happen slowly and deliberately adds fear to the scenario, than used as an obvious trope. As did a silhouette with a hook made you hold your breath, along with that familiar knock on the door.

This was Carpenter’s second big screen horror film for after Halloween (1978) and his first cinematic feature film with Barbeau, with another being Escape from New York (1981) (although they had worked together in TV movies). These movies, will be featured in reviews here soon and in these early, now cinematic classic movies, Carpenter carved out his name as a director, screenplay writer, soundtrack composer… 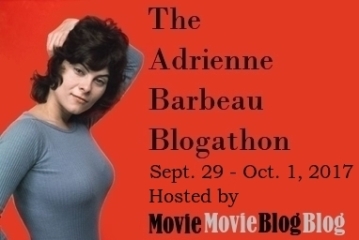 This review was submitted to the Adrienne Barbeau Blogathon run by Movie Movie Blog Blog. Other reviews with this cast include Barbeau in Escape from New York and The Cannonball Run. Jamie Lee Curtis stars in Halloween. Janet Leigh’s role in Psycho is discussed in my review Hitchcock (2012), about director Alfred Hitchcock and she stars in Circle of Fear. 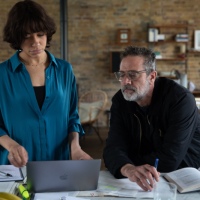 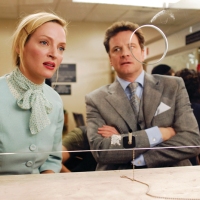 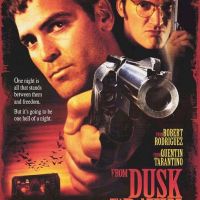 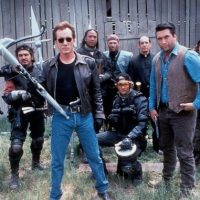 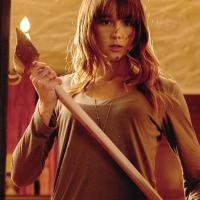 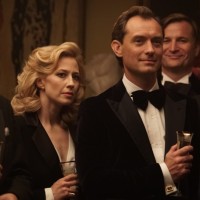 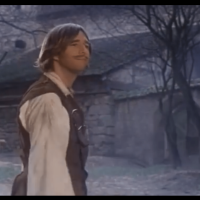 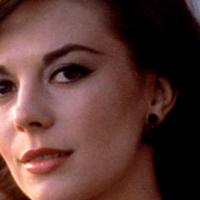