A deadly asteroid is due to hit earth in six days. It’s up to the Americans and Russians to ally together to destroy it. Or the subsequent damage predicted may cause another ice age.

Before you ask, the voice of the narrator of Meteor (1979) – today’s disaster movie review – is Peter Donat star of The X-Files (1983-) and Flamingo Road (1982). And yes, that is Brian Keith and Natalie Wood both speaking Russian fluently, and not dubbed by a pair of random Russians. And yes, you have seen that scene with a skier zooming away from an avalanche in the last film I reviewed. As he made a star appearance doing these best ski moves in Avalanche () . And no, this film doesn’t have anything to do with that movie. And finally yes, Sean Connery appears to be playing a Scot.

Meteor is the movie from director, Ronald Neame, the man who brought you The Poseidon Adventure (1972) and I Could Go On Singing (1963). Before Meteor‘s jazzy credits roll, meteors, comets and other space stuff is masterfully explained by Donat.  This almost like he’s reading you a bedtime story with cool wee space pictures to accompany the blurb. The film set in the time of the Cold War. The wonderful cast then trickle in starting with Sean Connery as Paul Bradley. Bradley in true disaster movie tradition is asked to return to do one last job for NASA by some government officials. And interrupted in the middle of a yacht race to do this.

Bradley invented a super-duper space weapon to be used for shooting large asteroids to smithereens. However he left this job five years previously as this weapons remit was changed, with the weapons ready to hit Russia in case of a nuclear attack. Which Bradley wasn’t too happy about. However now a giant asteroid is due to wipe out earth in six days, his old boss Harry Sherwood  (Karl Malden) calls him in to realign the weapons to hit the asteroid. This before it hits earth with fatal consequences for all.

Sherwood takes Bradley to a cool control area under the ground, where General Adlon (Martin Landau) is in command.  Adlon becomes riled as Bradley put in charge, and also has concerns in not trusting the Russians. So he has a wee bit of a tantrum. We find out that the American weapon isn’t powerful enough to do the job. The Americans will require assistance from a similar weapon owned by the Russians to be successful. Which the Russians deny, but in fact have a similar weapon, (named Peter the Great) with its weapons ready to wipe out America. However if both countries collaborate with each other the asteroid can be successfully destroyed. Yay!

As the press and media get hold of the story, it’s up to the US President (Henry Fonda) to calm the nations. With a televised speech live from the White House. The Russians come in the shape of Dr Dubov, and his interpreter, Tatiana Donskaya (Natalie Wood) – with both in Russian speaking roles – to negotiate about their “alleged” weapon. With the lovely Tatiana catching the newly separated Bradley’s eye.

The Russians “assist” the Americans saying they hypothetically “have” this weapon. TheRussians finally admit to having such a weapon after fragments cause an earthquake in Siberia. And they agree to use it alongside the Americans after fragments cause a heavy avalanche in Switzerland and a tidal wave in Hong Kong. All causing death, damage and destruction on a huge scale.  And then as time is running out.. a fragment is due to hit New York… just before the big one hits… and tune in to find out if its the end before even the start of a relationship for Tatiana and Bradley!

The story was well set up with the nifty use of Donat’s introduction setting the scene for this movie. This along with the flashback to space story where the asteroid was discovered illustrated the film well. Although both these parts not necessary, were a welcome addition to the plot. The music written by Laurence Rosenthal , was apt with dramatic music when appropriate. With some of this instrumental music also added to the montages. And the music along with shots of that incoming asteroid led to many a tense moment.

These shots of the asteroid increased as the film progressed and during those crucial countdowns. The special effects surrounding the actual blowing up of asteroid were a bit lame and almost like a computer game. But for a game of the movie circa 1980. However it could have been worse. It’s reported the budget for special effects had already been depleted by worse offerings, and this was the last hope.

I found Connery’s first scenes as Bradley amusing as he was plucked from the seas to carry out his one last job. A scene almost reminiscent of other disaster movies. Such as Chris Pratt’s character literally building a house in the last Jurassic film to safe the world. Also see Schwarzenegger and Clint Eastwood movies. It felt almost like real life footage of Connery being whisked away to make this movie judging from his not exactly heart felt response. Added to this, in the follow-up scene with Bradley (Connery?) making a wee golf related quip to the secretary, before attending a meeting, it almost felt like Bond back for one last job or Connery had a fellow golf crazy fan and her love struck line kept in.

The other highly comical scene – albeit in the face of disaster were the inclusion of those skiing scenes from Avalanche. Which came out the year before, so there is some doubt as to which movie took scenes from which movie. Depending on if you do the maths or which behind the scenes story you read. However both disasters played differently with Avalanche set in Colorado and caused by an aeroplane crashing into the mountain. This above Rock Hudson’s Shelby all-inclusive ski resort. In Meteor a fragment literally slices the top from a mountain in Switzerland.

On the plus points, the use of authentic language and setting for each of the disaster led scenes was a joy to watch in Meteor. With no understanding of the language and observing the behaviour of the inhabitants, a non native speaker could immediately emphasise with these soon to be victims. it was a nice touch that subtitles weren’t used here. And the victims panic and stories understood all too easily. The use of Russian by Keith and Wood also a nice touch. With Natalie Wood was born in America to immigrant parents from the Ukraine and Russia. Keith a fluent Russian speaker. Wood in her translator role translated for Keith.

It was an interesting angle to see the professionals trying to stop the disaster from the start of the movie. As opposed to those mopping up after the disaster happened scenes, usually headed by a star. With a wee nod to those services in the credits. See Airport 77 (1977) and The Towering Inferno (1974). These with the relevant services doing their job in scenes that we recognise all too often in these films.

This approach however for me made it a bit too impersonal at times with only snippets of the pre-disaster life shown. With a wee minor romance hinted in the control base and one of the astronauts someone’s son, died in the initial space disaster these stories were shamelessly ignored for the most part. I did miss this soapy element of knowing more of the characters lives before and after the disaster.

An unneccessary scene with Bradley’s estranged wife was added, which felt like someone felt his marital status in a scene was crucially important to the plot. Despite a throwaway line confirming his marital earlier in the film. And this reinforced a third time in Bradley’s wee chat with Tatiana in one of the headling stars few scenes together. This was annoying tbh as it was both confirmed they were both single three times then did nothing about it for ages. Then, their budding romance was kept to a minimum with only a few scenes.

The romantic in me wished more time had been spent on these particular characters and their relationship. But with the end of the world imminent then perhaps time was too precious to start something special. But it would have been nice for one wee snatched moment with one or both of them saying this. And it would be a nice change from seeing grown men looking worriedly at countdown and rockets on large screens. I’d love to say if Sean Connery’s Bradley  has possibly got from Russia, a love. But that Wood give a spoiler away…

This  review was added to Musings of a Classic Film Addict‘s The Natalie Wood Blogathon. Other reviews with this cast include Sean Connery in Family Business, Robin Hood Prince of Thieves, Murder on the Orient Express and Outland. Natalie Wood stars in my post on West Side Story and in Hart to Hart. Martin Landau appears in Ed Wood, Hotel, The Twilight Zone, Murder She Wrote, Columbo and his tribute post HERE. Brian Keith stars in With Six you Get Eggroll and Murder She Wrote. Henry Fonda stars in The Swarm and On Golden Pond. Karl Malden stars in Beyond the Poseidon Adventure. And that skier and avalanche scene stars in Avalanche. 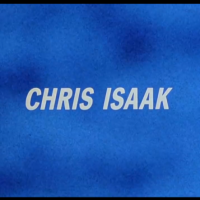 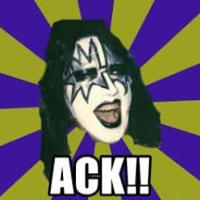