Wee Heather Leary has a liking for horror stories. She hears screaming coming from the woods.

When looking through Drew Barrymore’s illustrious film and television career, by chance I noticed the TV Series title, The Ray Bradbury Theatre (1985–1992). immediately my inner 13+-year-old self got superexcited. A TV Series with an All-Star cast based on the stories of Ray Bradbury! And the show with the bonus of seeing the author himself in glorious Technicolor! (as 30+ years later I hadn’t thought of looking him up to see what he looked like online).

To explain, I had read a shed load of Bradbury’s short stories as a teen and loved his writing. Bradbury wrote tales of mystery and suspense, sci-fi or those with a twist in the tale. Also with a big imagination as a kid, I often wondered just what this writer looked like. So seeing him was a bit like when I saw some Radio 1 DJs on Top of the Pops (1964-2016) back then, but significantly less disillusioning.

My schoolgirl self didn’t know this particular tale. Interestingly, Hollywood did, and this short story had been given a TV Movie makeover in the early 70s in The Screaming Woman (1972). But with a major plot twist in the storyline. Here the Drew Barrymore leading character, Heather is replaced with a woman recovering from mental health problems. It starred Olivia De Havilland and Joseph Cotten.

So pen in hand, I ventured into the Ray Bradbury TV zone for the first time with his adapted screenplay for The Screaming Woman (1986). Before the story and the credits, the show introduces us to Ray Bradbury in his study. There’s random stuff everywhere, but things that the informed Bradbury fan would recognise from his stories. Bradbury at a typewriter and telling you more or less what I just said. But more mysteriously and eloquently (probably.)

He sat at his typewriter typing the show’s title, Jessica Fletcher (Murder She Wrote (1984-96) style. This scene weirdly reminded me of The Shining (1980) so I half expected Mrs Bradbury to appear and tell him to clean up his clutter. Bradbury then to go on a Torrance inspired rant saying “Can’t you see I’m goddamn working”. But maybe he saved that vignette for the episode with Shelley Duvall. Kathy Bates didn’t appear with a hammer to hobble him either. Just before you ask.

We then cut what seemed like a daft scene, which again seemed on the random side until you watch the attached story. Set in rocky countryside, it had some crazy old coot appearing far behind, just behind and next to Bradbury. A bit like that scene in Death on the Nile (1978) where Mia Farrow’s Jacqueline stalks old boyfriend Simon (Simon MacCorkindale) and Linnet (Lois Chiles) on their honeymoon.

Anyway, back to the show, the old coot has a dowsing stick. After discussing his stick with Bradbury, one of the old men says cryptically, you can never tell what’s underneath the ground. Yeah, you so should have so warned Kevin Bacon about that before he starred in Tremors (1990). So this all makes sense now in relation to the story, as you’ll see…

Then the credits roll with the actress to be reviewed 11-year-old Drew Barrymore heading the cast. She plays Heather Leary, an eleven-year-old only child who loves horror and mystery stories. She reads her comic book – Tales from the Crypt (nice wee touch Bradbury) – wherever she can. One day as she’s sitting in the play park she hears a woman screaming, the noise coming from the woods.

She runs home and tries to tell her mum (Janet-Laine Green) and dad (Roger Dunn) about this but they don’t believe her. Her parents are more interested in the shouting matches going on between their neighbours. The neighbour’s wife is an old flame of Heather’s dad. She even wrote a song for him as you do.

Heather inveigles her buddy Dippy (!) into helping her dig the screaming woman up. This by bribing him with owning her funky tape recorder. (Instead of taping the woman’s screams as evidence she’s not fibbing). They are suddenly confronted by the man who owns the land Mr Kelly (Ken James). Who is well.. understandably angry.

He tells them to fill in the hole they dug and they do. Later, Heather confronts her neighbour Mr Nesbitt (Alan Scarfe) and asks to speak to his wife. His wife not there so she tells him about the screaming woman.

On her return to the woods, the woman is now singing not screaming. It’s that song that was composed for Heather’s dad… so with me counting 4 possible culprits.. I’ll leave you to solve this wee mystery story by fair means or foul.

I’ll admit I was a bit disappointed with this TV adaptation after reading the short story. The culprit behind the crime was a wee bit on the obvious side. It would have been a nice twist if someone closer to home had been the bad guy (or gal).

As for Heather, she seemed to get a cop-out of a happy ending to it all. Maybe it was to shelter the wee Drew from a frightening story. But bearing in mind she’d filmed Firestarter (1984) two years before this it did seem a wee bit overprotective…

I did love Drew as Heather. Again at her young age of 10, Drew proved she was a great wee actress. I could relate to her easily and she fitted naturally into her role. Having read the short story this tale was based on it was written through her character’s perspective. In the programme, it was a nice touch that some of the scenes were filmed from a child’s view of proceedings.  This at times included camera angles from Drew’s perspective. And this technique later used by The Inbetweeners (2008-10.)

Also, the written story was told in the style and jargon used by a child. This made it easier to relate to her leading character. This also made some parts of the tale more interesting, than seeing it acted out in this TV tale. The story also gives more information about the characters. I felt would have been better, if perhaps Heather had narrated some of the tale or shared more about the characters to best friend, the unfortunately named Dippy.

I also felt annoyed that her parents’ reaction to her story with them ridiculing and not listening to her. Both behaved as if their daughter was crying wolf when she told her frightening tale. If she had told lots more fibs on-screen this would have developed this side to her character, rather than those initial shots of her with her comic book. This would have added to her character’s fears for the screaming woman’s fate. And led to more suspense.

I felt that Drew’s talents from ET The Extra Terrestrial 1980) had been fully noted and it was nice to see her in this leading role. It was a shame Drew only appeared in this episode. I felt she would have been well suited to two of my favourite Bradbury written tales.

There are leading roles in his stories of All Summer in a Day and The Veldt, with these also featuring wee girls. I felt that Drew could easily have convinced us in these roles. If you haven’t read these stories I urge you to read these with both showing Bradbury’s writing style much more effectively.

I loved Green as her mother. In one scene talking about her daughter’s comic book, she suddenly launched into what seemed like an audition for the audiobook version of this tale showing her dark side. The adults in the story all seemed a bit creepy which added to the suspense significantly.

But it would have been good to have a few red herring motives from these characters thrown into the mix. This would have made the tale more gripping. However, at less than 25 minutes long, I felt more time could have been made available to tell the story. Perhaps it told in a two-parter episode.

However, it was a nice wee trip to the past with Ray Bradbury writing the screenplay of his short story. But I also recognised some of the props. These including a familiar-looking doll, tape recorder and record player. So now having found this series with 65 episodes over 3 seasons, I’m hooked.

This show also boasted all-star names including William Shatner (is there anything this man hasn’t starred in?), Marc Singer, Peter O’Toole, Patrick Macnee, Jeff Goldblum, Michael Ironside, Robert Vaughn, Donald Pleasence, David Ogden Stiers, Richard Benjamin, Elliott Gould, Tyne Daly, Lucy Lawless, Louise Fletcher and Shelley Duvall in the cast. I’m going to cut through the chaff and investigate if my favourites of his short stories were made for TV starting with The Scythe. 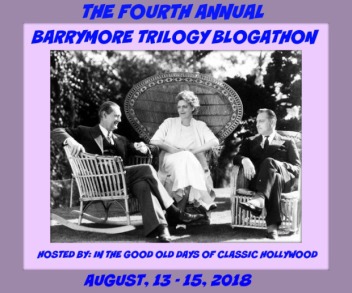 This blogathon was held by In the Good Old Days of Classic Hollywood. Other reviews with this cast include Drew Barrymore in ET The Extra-Terrestrial. Alan Scarfe starred in another episode of this Ray Bradbury series in The Wonderful Death of Dudley Stone and in Columbo. Michael Copeman starred in The Fly.