Conducting through the ins and outs of love…

Richard and Barbara Harmon married for 17 years are now constantly bickering. After their divorce they learn exactly what this means in late 1960s America.

When I fall in love it will be forever.. We’ve all probably heard this hit ballad from singing stars of now and yesteryear from Nat King Cole to kinda more recently, Rick Astley. Those singing this timeless song, ironically with many divorces between them. Belting those lyrics out as if they mean it, which they possibly did at the time. Films of course, more likely to show true love rather than love gone shit in those boy meets girl movies. With a joint proclamation of love as the credits roll.  Leaving the viewer with a happy ending. Job done.

Few songs sing about divorce, the most memorable being D I V O R C E from Tammy Wynette. This once taboo topic covered in comparatively fewer movies including War of the Roses (1999), Mrs Doubtfire (1993) and Kramer vs Kramer (1979). Divorce often seen with TV characters, and remembered especially in those prime time 1980s soaps. There divorce and remarrying the order of the day, as a Ewing brother in Dallas (1978-91) but less likely for Dynasty‘s Alexis Morell Carrington Colby Dexter Rowan (Joan Collins) who collected ex-husbands the way she changed frocks.

This film, Divorce American Style (1967) showing an unhappily married pair’s break up to their post divorce life and love. Here the wonderfully cast, Dick Van Dyke and Debbie Reynolds are our leading pair in this 1967 comedy telling of the life of a divorced couple in a fun, satirical way. With its scenes played for laughs, but showing the truth of the matter. And this film pretty on the ball at showing in this topic that no matter how things change, they stay the same. Acting support comes from Jason Robards and Jean Simmons. With all too brief appearances of Lee Grant and Van Johnson. And finally, Tim Matheson, billed as Tim Matthieson in his debut role. It’s a must see, thought-provoking and timeless movie.

The film starting with some wonderfully choreographed credits where we see husbands drive home from work. A random man walks up a hill as we hear the greetings as the men return home. Then from house to house, from window to window we hear husband and their wives battle it out over this and that. All conducted as if in a musical symphony by our man up the hill. Complete with baton.

Then we focus on the home of the unhappily married Harmons, no exception to these fights. And this apparently such a common thing for 17 years married, Richard (Dick Van Dyke) and Barbara (Debbie Reynolds), that both their sons are not affected by it. Youngest son Jonathan (Gary Goetzman ) sleeps through it,  Eldest son Mark (Matheson) marks off and tallies up the common themes of his parent’s latest fight. Completing the nights record with an ominous “to be continued..” as the doorbell is pressed. Barbara and Richard putting their fight on hold, as they put on an amicable front as it’s all smiles for their dinner party guests.

After the guests leave, the couples argument continued. Barbara’s not happy with Richard’s lack of communication. Richard feels nothing he does is right. Despite him working to provide everything for her that she’s wanted and supporting him over the years, from college to a management position. For her the man she wants not the money. Richard argues he feels she’s not the same since she’s been for marriage counselling, which she attended alone.

After ending the fight, both get ready for bed silently. As we see this comic pair in a perfectly timed choreographed sequence of events. The pair communicating to us non verbally us through slamming and opening of doors and cupboards, just how annoyed they are with each other. As they thwart the other’s actions in their nightly routine.

Richard goes to seek advice from her marriage counsellor. Then after getting drunk with a friend Lionel, Lionel advises him not to be romantically unfaithful as that is plainly wrong but he argues visiting a prostitute fine. Taking a drunken Richard to meet his “acquaintance”, DeDe. DeDe, seen and heard in a wonderful but all too brief role from lovely Lee Grant. Nothing happens between them, Richards too drunk.

He reconciles with Barbara back home with champagne and the kids sent somewhere else. The pair talk frankly about their sexual desires. Her for actors (Anthony Quinn and Marlon Brando). Richard confesses about visiting Dede and her line of work. This leading to immediate frostiness in the air. He leaves Barbara soon after this. The pair then on the verge of breaking up for good. Leading to advice from well-meaning married friends.

With both encouraged to go to the bank before the other to clear their account and safe deposit box.  Barbara empties the account with a friend in tow and Richard the safe deposit box. As they move on to the other task, they find the other has beaten them to it. On discovering this they bump into each other at the bank.

Soon to be divorced life then seen with talking with lawyers where the divorce and most of Richard’s pay are paid as alimony. His lawyer interested in their golf game. Their respective time with their (perceptive) children and then the dating game for the recently divorced is shown in its true form. All shown in what could be a fly on the wall tale. It’s a refreshing frank, honest and well written.

Whilst out bowling with the kids, Richard meets Nelson Downes (Jason Robards). This man strangely keen to introduce him to his understanding, empathetic ex-wife, Nancy (Jean Simmons). Meanwhile on a date with Farley (Tom Bosley) Barbara finds out how complicated post divorce dating can be.

Nancy meets the men Nelson brings to his pre-divorce, luxurious family home to help him and her in a bid to meet their respective needs. His ex-wife lonely and with a high alimony settlement from Nelson is as keen as he is to stop these payments. This by finding a man who can equal them and keep her in the style to which she is accustomed. This to let him off the hook. Nelson keen for the money for a leg operation and to marry his heavily pregnant fiance.  After Nancy starts to date Richard, he’s literally a poor substitute. The conniving pair on realising this decide on a solution, fixing up Barbara with one of her flush, ex-boyfriends.

Enter Al Yearling,  a rich man, owning a car lot, but with still with a mother hang up (his mother was alive and a problem when Nancy and he dated) portrayed by a fantastically hammed up Van Johnson. But I’ll tell you some more on his character, but let you discover the rest of this fantastic film for yourselves.

Van Johnson’s presence in this movie makes a huge impression.  Johnson’s initial scene with him outlining his character’s attributes in an advert for his business on TV sold him to me. This a wonderful unique way to introduce us to his character. Like the solid performance from Lee Grant, I was saddened both their wonderful performances were too short as I would like to have seen more of these likeable characters. Even perhaps in a joint scene.

With  11 inches (approx 1 foot) in height between Johnson and his screen love interest Reynolds this was seen physically – and comically the same affect seen with me and my Darlin’ Husband – in Al’s first meeting with Barbara. There he picks her up from the ground, ably assisting her with a strained muscle (as much taller men do). Adding to this scene, were his bright manic garish suits which wouldn’t look out-of-place on a games show host.  And in Al, Johnson makes a wonderful larger than life character.

I adored those wonderful choreographed montages as the Harmons silently got ready for bed and visited the bank. But my favourite montage showing how complicated life can be for adults and children alike, was one with Reynolds and her also once married date, Harley. In a fun but telling montage familiar to many, he drops his children off at his ex-wife’s home. There he meets more of her exes and their kids. And those kids had with unseen other men and women. And Harley gives an apt – but confusing commentary – as kids picked up and dropped off.

All the family member’s perceptions and experiences of this life event painfully observed but easily recognised in all their true glory. The children’s viewpoint to their parents divorce also seen with wee references to their parents divorce behaviour. Dad having fun trips out and mum making favourite meals. The lawyer’s scene, seemed a credible alimony case made a valid point for both for then and now. Here with the ex-husband picking up the bills and apparently no perks.

The film was wonderfully executed and written. It was extremely funny in those familiar to many scenes and  cast perfectly. Finally,in this film, Richard and Barbara prove that breaking up hard to do, and you know, you know that it’s true. As those wonderful orchestrated credits return, you’ll feel this film certainly strikes a chord of life, love and more the American way.

This post part of Love Letters to Old Hollywood’s Second Van Johnson Blogathon. Other posts with this cast include Dick Van Dyke in Strong Medicine, and Chitty Chitty Bang Bang. Debbie Reynolds in Hotel, The Love Boat, Singin in the Rain and Charlotte’s Web. Lee Grant in Voyage of the Damned, Damien: Omen II, The Swarm, Columbo and Airport 77.  Tom Bosley starred in Happy Days. Van Johnson starred in The Kidnapping of a President, 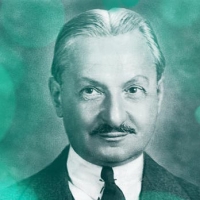