Will these in-laws reach a new dawn of understanding…

Work crazy Joy has a shock work deadline and 600 mile road trip taking her mother in law to her retirement home. 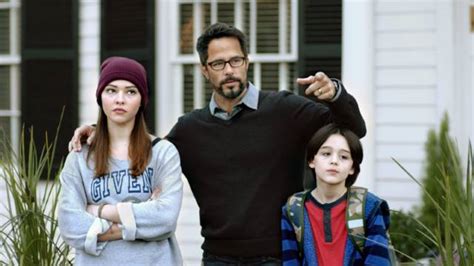 Many movies have travelled down this road before, in road movies (with motorcycles) – such Easy Rider (1969) –  and in (boat) trips to self-discovery, such as Shutter Island (2010). There are film trips that have encompassed both these genres such as The Fundamentals of Caring (2016) which told a storyline of a male carer and his client with physical disabilities.

Now, I’m asking you to come and join me on a 600 mile trip from Louisville, Kentucky to Savannah, Georgia. Savannah Sunrise (2016) tells of a journey with a family loving mother-in-law Loraine, with her workaholic daughter-in-law, Joy. This is a journey of sorts for both of them and this film is one from INSP,  the TV channel which brought you The Warrant (2020).

This TV Movie has a small but recognisable cast. Loraine is played by lovely Pamela Reed. Reed is a familiar face as Arnie Schwarzenegger’s policewoman sidekick in Kindergarten Cop (1990) and for soap fans as Esther Shapiro in Dynasty: The Making of a Guilty Pleasure (2005). Her travel companion, Joy is Shawnee Smith who interestingly started out as a dancer on Annie (1982), then onto Murder She Wrote (1984-96) and then onto the Saw franchise. Her on-screen husband, Shawn Christian can be spotted in Days of their Lives (2008-20) and also appeared in Beverly Hills, 90210 (1990-).

The film starts as we hear a multitude of best wishes recorded on the elderly, Loraine Miles’ answerphone.  She’s moving out of her home in Louisville to a retirement village in Savannah. Her work at home son Phil (Christian) and his family is coming up to help her move her things. As the plan is Loraine will catch a plane to Savannah, and then Phil and his family will travel with her belongings which will be put in storage or taken to her new home.

Phil’s wife, work and time obsessed Joy (Smith) and their kids, Willow (Madelyn Cline) and Ryan (Vitaly Andrew LeBeau) will be travelling with him. Loraine’s daughter Angie (Clare Carey) also on hand to help with the packing. Loraine is a widow, with her pastor husband dying two years previously. She is still living in the family home and is surrounded by her memories, friends and her church. She’s apprehensive about this move but finding comfort in her religion and family.

Her son’s family arrive by plane on Friday, and Loraine spends some time with her grandchildren talking boys with Willow and random boy stuff with Ryan. However, the next morning, Joy finds Loraine’s plane ticket as they have breakfast, but it turns out that the flight was for the previous Saturday. It appears that Loraine has missed her flight.

Joy has problems of her own, as she has a work deadline for 7am on the following Monday. She has to meet then with a client and he’s hard to impress. Luckily she has a work colleague, Matt that she has inveigled to help her with the paperwork over the weekend. So it’s decided that Joy and Loraine will travel to Savannah together using Loraine’s car. Phil and the kids will then bring Loraine’s belongings as planned.

En route, there are problems, Loraine’s car is a rustbucket. She also has a bladder the size of a pea so she needs regular toilet breaks. The police caution Joy for speeding (a lot), and Loraine for drinking beer (which is actually root beer).  As Joy sleeps, Loraine decides to take a 40 kilometres detour to visit an old friend, Milly (Marion Guyot) in Tennessee. The women also don’t have a change of clothes (as someone forgot to pack the suitcases) and when they share a Mexican meal, Loraine accidentally upturns the food platter with guacamole, salsa and other sauces covering them both from head to toe.

Then Joy discovers another plane ticket for Loraine, with this ticket for a flight the day the women left by car for Savannah. It seems that Loraine could easily have caught this flight… and she only remembers this when Joy shows her the ticket. Joy then goes ballistic with her mother in law…who retaliates, but the journeys far from over…

This film has strong messages on the importance and the value of the extended family. This road trip took an interesting and unique angle to this tale, as it focusses on a mother in law and her daughter in law as the journey companions. The themes and storylines exploring their relationship were covered in their bonding moments, comic scenes and inevitable fallouts added to the realism.

Reed gave a strong, compelling and empathetic performance as a pastor’s widow who is moving to her first retirement home. Reeds actions and passionate speech when she relates to these aspects of Loraine’s life were credible. Reed showed a passionate understanding of this character. Although there were some references to God by her character, these were kept to a minimum and only seen in keeping with her character. She made her character likeable in all her scenes.

Loraine’s story focussed on more touching scenes between Loraine and her grandchildren. These showing their closeness. These moments were subtle, but effective in showing the differences between their grandmother and their mother. Loraine’s scenes when she meets up with an old friend (during the road trip) were warm and full of feeling from both actresses. Again these scenes contrasted with Joy’s efficient and worklike demeanour when speaking to her work colleague on her mobile phone over the weekend.

The initial scenes between Joy and her husband Phil (Christian) showed their differences as parents. As Joy puts it in the film, she’s the head, and he’s the heart. The motives behind this aspect of Joy’s character is heard later in the film, as she talks honestly about this with her mother-in-law. Understanding these behaviours makes you more sympathetic to Joy and they make her a more likeable character. This touching and heartfelt scene showed a hidden side to this character, and this insight assists in redeeming her character.

In her early scenes, Joy seemed super-efficient and brisk, and this was even felt in her interactions with her co-worker, taxi driver, an unexpected travel companion and a waitress. In the scene with the waitress, Joy orders food in a specific way. But here it was seen as more controlling and less endearing compared to Sally’s quirky way of ordering food in When Harry Met Sally (1989).

In contrast to her mother in law’s family moments, Joy’s character had many work-related scenes and there were many scenes where you were irritated by her character. Later in the film, it is evident in her character arc that she has learnt from Loraine and this observed in Joy’s later interactions with her children. Here, Joy appears a warmer mother and more compassionate daughter in law. This transfers to her becoming an understanding and giving colleague. Smith convinced me of all sides to this woman’s character.

This movie gave some wonderful character and relationship insights of the two protagonists. However, I felt the film’s running time was too short. I felt more scenes establishing the differences between these characters and their relationship before their road trip, could have been of benefit to the plot. I did find a number of the comedy moments jarring and felt many comedy scenes could have been approached differently or omitted without this significantly changing the storyline.

I felt more montages detailing the women’s relationship, more screentime with Milly’s character and more scenes of the landscapes highlighting this trip’s beauty and brilliance could have been added instead. However, these gripes are minimal as they take a back seat to this journey of discovery, which made you long for the open road and the end of lockdown.

A disclaimer and personal thank you to Tina Helms from INSP Films for asking me to write this post. Financial compensation was not received for this post. However, I received a copy of this film in exchange for a review. All opinions expressed here are my own. I would also like to add that Tina Helms kindly provided these stills and personally agreed to me using these photographs from this movie in my blog. If you are involved in the entertainment industry and would like to be featured or promoted here, please drop a line to me via my Contact Me Page.