Drink in a triple with her award nominated performances…

Three roles from Jessica Walter from her appearances on films and TV. 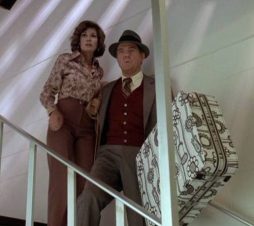 I was sad to hear of the passing of the actress, Jessica Walter. Walter will always be remembered for her role in the thriller with young Clint Eastwood. Walter in her first major film role, is recalled for her chilling presence as the woman spurned by his character, in her performance of one of the most terrifying stalker film performances of all time in Play Misty for Me (1971).

Shortly after this, Walter starred in the TV Movie slasher whodunnit, Home for the Holidays (1972). I reviewed her in this film recently, where Jessica was one of four sisters who are being killed during a visit to their estranged father and their possibly evil stepmother.

She also starred in the film comedy, Three’s a Crowd (1969) with Larry Hagman and disaster movies such as Hurricane (1974) – also with Larry Hagman and Patrick Duffy. She also took roles in a multitude of TV series with co-stars including Jason Bateman, William Shatner, George Segal and Leonard Nimoy.

More recently, Jessica was a star who brought her distinctive voice to all 118 episodes of the adult cartoon, Archer (2009-). However, there is much more to this actress, as looking through her filmography she has done it all. Her performances over the years were recognised with 10 wins and 23 award nominations for awards of all sorts.

Surprisingly Clint Eastwood’s character Dave Garver has never been listed as one of Archer’s potential fathers. Walter starred with Eastwood and Knots Landing‘s Donna Mills in Play Misty for Me (1971). Eastwood chose Walter for this stalker role over the studio choice, Lee Remick.

This was after Walter impressed him with her performance in The Group (1966). This was his first film as a director and only her fifth movie role. This film earned Walter a Golden Globe nomination in the Best Actress in a Motion Picture – Drama category.

The plot tells of Garver, a radio DJ who is stalked by an obsessive fan, Evelyn (Jessica Walter) who asks him to play the song Misty for her on a regular basis.  After Evelyn’s character tracks Dave down to a bar, they chat, go back to his place and make love and then start a casual relationship. However, he calls it off after she becomes more obsessive in her behaviours, and then he restarts a relationship with his ex-girlfriend.

I remember watching this film as a kid, and Walter gives a memorable performance as the spurned girlfriend. In her at times sympathetic and other times downright scary film performance, she adds has all those familiar tropes seen in later roles, of this type. But Jessica gives it her all right to the end. This film character was – as always – described beautifully by Roger Ebert HERE as,

…played with an unnerving effectiveness by Jessica Walter. She is something like flypaper; the more you struggle against her personality, the more tightly you’re held

This was the first time I watched this series, with those opening credits being spoken about by a man with a masterful voice with a quick visual tour of the best that 1970s San Francisco has on offer before introducing the stars, guest stars and the name of the episode.

Walter starred in two episodes of this TV crime series which divides the story into acts and gives an epilogue. Walter starred with the series regular, Karl Malden as San Francisco homicide cop Lt. Michael Stone. She starred in one episode with Michael Douglas as Stone’s sidekick Steve Keller and one with Douglas’ replacement for the final season, Dan Robbins (Richard Hatch).

She won a Prime Time Emmy Award nomination for Best Actress for her performance in the later performance. This was in the Outstanding Lead Actress for a Single Appearance in a Drama or Comedy Series category. In this episode, Til Death Do Us Part,  Season 5, Episode 7, Walter plays Maggie Jarris, a woman who asks Stone to protect her after her husband is apparently killed by the mobsters he works for.

The episode starts as we see her husband Jerris, packing a case with some papers, he then phones her giving the code words “gold bonds” and then he makes a run for it after two heavies enter his office. However, he is cornered by these two scarily silent dudes…

His wife Maggie was her husband’s private secretary and she knew everything about these gangsters’ shady doings. She is at home, and after this phone call, she legs it with a really cool suitcase with papers, money and slides that she can show the cops.

Maggie travels from New Jersey to Chicago by plane – where she finds out she can’t trust her brother in law who tells the mobsters she’s at his home – and then to San Francisco just to ask Stone personally for his help. She stays with Stone as she doesn’t feel safe, and then the bad guys track her down.

Walter gives a convincing, powerful and believable performance as this woman in peril showing her versatility as an actress. She appeared petrified, tearful and wistful as required in the script. Her on-screen rapport with Malden is quite sweet and credibly played, and I really enjoyed watching her in this role which shows a wide range of emotions.

In her most recent role, Jessica Walter provided the voice of Malory Archer, the emotionally distant and alcoholic mother to Sterling in this highly successful adult cartoon. This cartoon has changed the theme of the show over the 10 seasons but with Malory always in a consistent maternal role to Sterling.

This comedy show was named after her son, Sterling, a Jon Hamm lookalike who never found out who his father was, due to his mother’s prolific love life at the time. In one episode his father was believed to be Burt Reynolds and in another the head of the KGB. These are just two of those named as possibilities.

In the first season, Malory was the former Chief Executive of the spy agency that used to be called ISIS (this name was later changed for obvious reasons). Mallory was often known for her abrasive nature with her son and her employees and for having a drink in one hand (at all times).

I was the first one cast on the show, and they sent out copy for auditions to people that said, “Think of the type as Jessica Walter from Arrested Development,” and my agent who got the copy called me and said, “They’re thinking about you. If you like it I’ll tell them you’re interested in doing it.” I said, “That sounds smart.” And that’s exactly how it happened.

Walter won a few award nominations for her voice-over work in this series including one for Best Voice Actress in an Animated Series from the Critics Choice Super Awards.

After seeing her screen stealing parts in these films and on TV, her performances make me want to hunt down more of her TV roles. It really is criminal, that she only received nominations for those three roles, with not one win between them. She starred in much more crime series including McMillan (1976-77) and Murder She Wrote (1984-96) and just one more thing, Jessica Walter did Columbo… 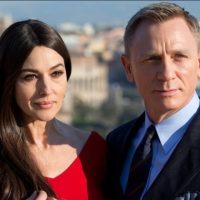 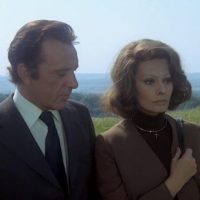 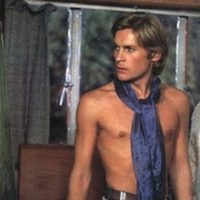 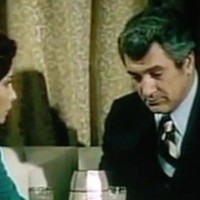 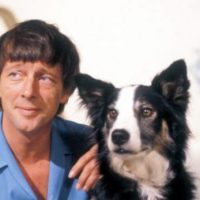 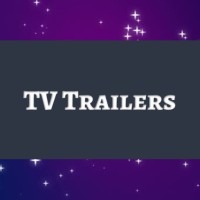