Much, much more than some Superhero’s girlfriend… 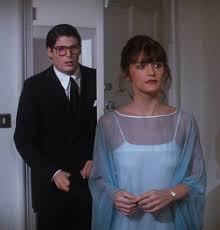 Like the rest of the world, I was devastated to hear of the passing of the lovely actress Margot Kidder. An actress I first saw in the Superman movies (1978-87) – with her Lois Lane to Christopher Reeve’s Clark Kent / Superman in Superman (1978).

Kidder was an actress known for acting with such talent as diverse as Christopher Plummer, Gene Wilder, Beau Bridges and Robert Redford. And in roles in horror, drama and in comedy. I remember her most as a 1970s scream queen in then scary The Amityville Horror (1979) with James Brolin.  With Brolin ironically on the consideration list for the role of Superman.

However, my most cherished of her roles is her portrayal of Lois Lane. She shone in a performance that I will always treasure in the first of that Superman franchise. Her interpretation of Lois Lane was the only one the Superhero girlfriends, I admired.

And to this day the one I measure the others up against, but they fail into the nether as she will always be my favourite. Her wonderfully genuine fun and down to earth performance as Lois Lane, was complemented more than admirably by Christopher Reeve.

Back then, Superman wasn’t your dark and gloomy Superman, he didn’t just look like the same actor with some spectacles as Clark Kent and mope about. He was FUN!!! Reeve was also markedly different in his presence, body language and voice as Superman as compared to his more bumbling and awkward Clark Kent.

Playing Superman with a fantastic on-screen comic chemistry with the feisty, no-nonsense, efficient and passionate about her job journalist in Kidder’s Lois Lane. And all those attributes for her character shown in minutes on meeting her. This woman who’d become Kent / Superman’s girlfriend (eventually).

This despite her crush on his alter ego, Superman, before she worked it all out. She met Superman after he saved her gallantly from a helicopter accident, mid-air. And what girl does not like being saved my a hunky looking Knight in shining armour. Or a cape.

When Lane meets Superman properly for the first time where he pops in to visit (by flying onto her balcony, as you do) just before Kent is due to arrive, and she’s the jittery one. Kidder hits the nail on the head with how many women – including myself –  might feel on such an impromptu meeting with a handsome man.

Her nervous gestures and leading questions are spot on, and she asks exactly the questions we’d want to ask the caped one. And exactly the way we’d ask it. It was this scene that reportedly got the Margot Kidder as IMDb reports she was the only actress to find the question “What kind of underwear am I wearing?” amusing.

As Lane relaxes and goes full-on work mode in her interview with him, we can relax (and understand her) too. But the obvious romantic chemistry is there for both of them. And it’s kinda as awkward for her as it is amusing to him. As its more than plain to see just how much she likes him. There is a lovely credible performance from Kidder showing these emotions so genuinely in this short scene. By the end of this scene, you feel that Lois is more than that besotted.

And of course after her flying experience with him to that John Williams score,  in one of those memorable romantic film moments. It shows how much she trusts in him as they fly over New York. She is so at ease with him that she feels he is reading her mind. And this lovely scene the most romantic moments in a Superhero film ever.

And a scene which surprisingly, was reported, could have led to a musical moment from the actress (but this idea decided against ). By the time Superman drops her off, Clark makes an appearance at the door, you can feel that Lois has fallen in love with Superman.

These just the initial scenes of the Lois and Clark Kent  / Superman love story, where Kidder shows two contrasting sides to Lois Lane. The one who is almost baffled by Clark Kent, and sees him as a bit of a geek. Compared to her flustered then loved up Lois.

The latter seen in her initial scenes with Superman where she’s initially gauche and not at ease. Yet gradually she relaxes and becomes more flirty with the more masterful caped one. And if you haven’t seen any of Kidder’s Superman films, I urge you to check out her Lois Lane from the first to the last of these films and be swept away… 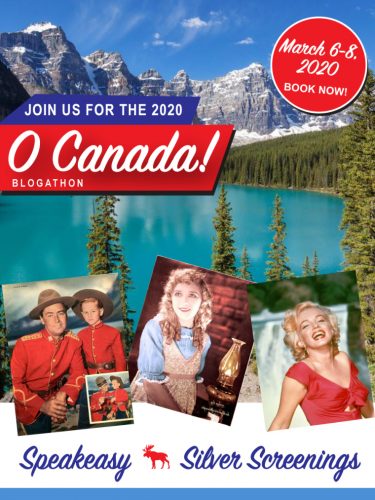 For Speakeasy and Silver Screenings‘ O Canada Blogathon I’m adding this tribute to Margot Kidder in Superman. Other reviews with this cast include Christopher Reeve stars in Deathtrap and  Somewhere in Time. Larry Hagman stars in Dallas, McMillan and More. Gene Hackman in Misunderstood and Bonnie and Clyde. He also stars in The Poseidon Adventure and in a list of reviews of his movies HERE. Valerie Perrine stars in Water and Ned Beatty in The Fourth Protocol and Network. Susannah York stars in X, Y and Zee (Zee and co).

Newish… Read my interview with one time Roger Corman screenwriter, Michael B Druxman…

Interview with Michael B Druxman