Heavenly Hopes for that Memorable Date…

A playboy and a young lady fall in love and agree to meet in six months if they are unattached. 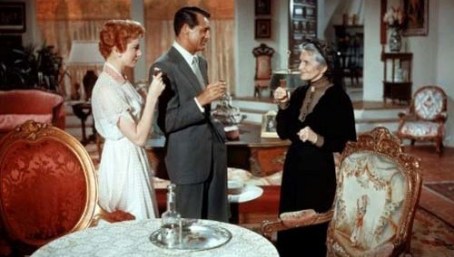 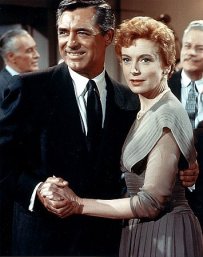 An Affair to Remember (1957) Trailer, CaryGantVideos and photos from 20th Century Fox

I’d only heard of An Affair to Remember (1957)  from the references made in the Tom Hanks and Meg Ryan romantic comedy, Sleepless in Seattle (1993). The most memorable scene being where Rita Wilson’s character Suzy literally gets super tearful talking about this movie with the only person concerned being Hanks’ screen son.

There is ambivalence from her screen husband Greg (Victor Garber) and Sam (off-screen husband, Hanks) who then dismiss it as a chick’s movie and then move on in the conversation. I can totally relate to this scene, especially the men’s response, as recently as last year.

This when a stepdude naturally assumed I would cry at Star Wars The Force Awakens (2016) in Hans Solo’s final scenes discussing this as a given fact rather than a possibility. As I do have a habit of crying at most movies (last crying at World War Z (2013)). Much to my family’s unconditional acceptance.

So the film starts with newscasters around the world reporting that Nicki Ferrante (Cary Grant), the notorious playboy has got engaged to be married. Ferrante is travelling alone from Europe to New York to meet his fiancée, and the world is interested in how this heiress has snared the most eligible of bachelors.

Meanwhile, Ferrante is fending off his many admirers, looking rather dashing in a tuxedo. But he appears to be a bit of a cad and a bounder, with a recent fling angrily telephoning him angrily about this news. Looking for a mislaid cigarette case, Ferrante finds it in the hands of one, Terry McKay (Deborah Kerr).

After a mild flirtation from his side and some fun retorts from Terry, they agree to have dinner together. And we find out they although are both with other people, Terry is also travelling alone without her partner. The pair bump into each other a few more times during the trip, and warm to each other becoming good friends.

However, they are caught together on film by the Ship’s photographer. As Terry is not wanting to cause a scandal, they try to avoid each other with many subtle but comical scenes. In one such scene, both are eating dinner separately but sitting back to back, to the bemusement of the other passengers. Another scene has Ferrante circling a stairway as Terry walks up the stairs while the pair exchange furtive conversation.

Ferrante invites McKay to join him to visit his grandmother as they dock in France, McKay goes along with him believing it’s another of his ladies. We are as surprised as she is when we meet his widowed grandmother, Janou wonderfully played by Cathleen Nesbitt.

Janou is a lovely character – warm, friendly with lots of stories of her grandson –  and she and McKay get on tremendously well. Janou lets it slip that Ferrante was an artist, but became as critical of his work, however, McKay is passionate about it. Whilst there, Janou plays the piano and McKay sings along. Ferrante is moved by this scene, and during this, both he and McKay exchanged looks.

We the audience can see they appear to be falling in love. Ferrante gives his grandmother a painting of his grandfather. After the end of their lovely visit, McKay says she will write to her and Janou promises she will give her the shawl McKay admired one day. As they leave Ferrante and McKay are holding hands, yet McKay breaks away to hug the old lady.

As the ship travels on the pair throw caution to the wind, spending time together and then admitting their feelings on the last night. He proposes to her, she says she will consider it but that she no longer loves her boyfriend. Ferrante and Terry agree to meet each other in six months, only if they are no longer with their partners and in new careers.

They encourage each other, him to start painting again, and her to return to singing. They agree to meet on July 1st, at 5pm on top of the Empire State building agreeing if they both turn up, that they will get married… and there I will leave the plot but urge you to watch the rest of this movie.

The film was filmed on widescreen and was played wonderfully by the three main characters. Cary Grant plays his playboy as the debonair charmer he plays so well, with you easily seeing why he had so many ladies after him. In Kerr, he sees his ideal match – and she has the approval of his beloved grandmother – but as falls for McKay – Ferrante is both vulnerable and romantic – and I loved him for it.

Kerr makes a good love interest, she plays to and compliments Ferrante’s charm, rather than offends him. Her retorts are fun and inoffensive and delivered beautifully by Kerr.  Nesbitt as Janou is charming from her French accent to her almost conspiracy-like plot to get this pair together.

I felt after spending the afternoon with them and watching them fall in love, it is almost like in offering her shawl to McKay she will get her grandson to have a reason to meet McKay again.  In one scene, where Grant remembers his afternoon with his two favourite ladies, Grant says no lines but you can feel the pain and longing he is feeling. It’s a very moving scene, and Grant makes it a sincere and touching one.

If you read my final ratings (handsqueeze, weeper and hulk), I need not say more than this, but this film does have many examples of these moments, throughout the rest of the movie through to the last scene. Even the final line, will make you beg for a sequel – or if you are like me you will make your own one up – rather than a reboot. But you will probably cry at least once (unless you too think of it as a chicks movie or you have a heart of stone).

However, I could be wrong but I’m only watching this version of the movie. The film was remade as Love Affair (1994) and with the husband and wife team of Warren Beatty and Annette Bening. Although I did enjoy a few of Beatty’s films from the 1970s and 80s, I really have no plans to see this movie after seeing the trailer. As this film with Grant and Kerr was to be just perfect.

The acting, the scenery and the excellent comic and dramatic moments keep you at the edge of your seat hoping for a happy ending for the pair from their initial flirtation. A few alterations were made in the Beatty film, such as Katherine Hepburn – in her last cinema film appearance – starred as Beatty’s character’s Aunt Ginny replacing the much-loved grandmother character and the pair meet on a plane.

So no doubt Hollywood moguls will be eyeing up this as another reboot – however, I’d like to suggest Jon Hamm as Nickie, Julia Roberts as Terry and Angela Lansbury as Nickie’s grandmother and set it in the early 1960s, also on a steamboat, but I’d better stop now before I get Cary-ed away…

This review was submitted as a Main Feature review for this Blogathon. I wrote more on both the leads in 5 Golden Hollywood Greats. Deborah Kerr in The King and I and The Innocents. Cary Grant in Indiscreet, North by North West and Arsenic and Old Lace. Cathleen Nesbitt in Family Plot and The Parent Trap.