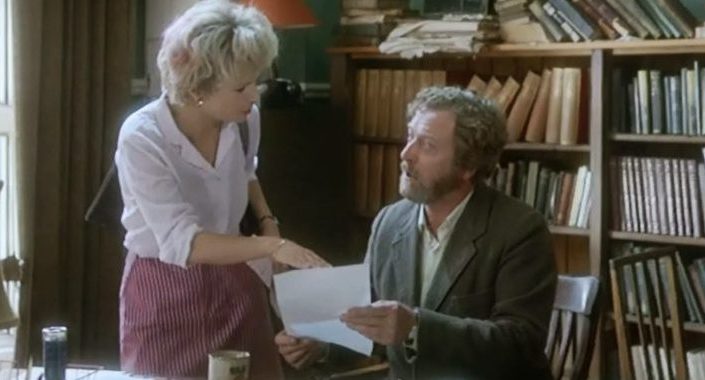 Why didn’t I review this Willy Russell written reel years ago..?

A heavy drinking, jaded University lecturer is assigned to teach an Open University student in all things literature.

Once upon a blogathon, I held my Marvellous Michael Caine Blogathon, with bloggers near and far reviewing anything and everything on the man himself and his movies. The blogathon reviews included more than a few of those long-forgotten films, always guilty pleasures and new ones to try in that final A – Z list.

As a big Caine fan, I found it extremely difficult to choose between all his great films I’d loved and that I hadn’t reviewed yet. After a lot of deliberation I contributed a post on 5 of my favourite Retro ones from the 70s and 80s including this one, Educating Rita (1983). A film which I’m returning to now, for the much longer post it sorely needs.

The film Educating Rita is based on the comic Willy Russell play. As a teen, I loved this Liverpudlian playwright’s humorous plays and their wonderful believable characters. These plays brought Willy Russell to the big screen in the late 1980s and early 1990s. After the success of Educating Rita came Shirley Valentine (1989) and this was followed by Dancin’ Through The Dark (1990).

Both of these plays and films also showcased Russell’s talents in the dramedy genre. Educating Rita was nominated for three of the most prestigious Oscars, but sadly lost out on all. However, it boasted both a Best Actor and Best Actress nomination for the leads Julie Walters and Michael Caine (and more of that other Oscar nod later), and a well-deserved standing ovation for Caine.

Now onto that plot, Caine stars in Educating Rita as Dr Frank Bryant, a jaded middle-class University lecturer. Frank has an alcohol problem and spends his working days getting slowly drunk. Whilst at work, Frank has a natty drinks cupboard hidden in his library full of classic novels. His drink of choice is ironically hidden behind his copy of The Lost Weekend.

During a tutorial, a pretentious student asks him about the “metaphysical nature” of William Blake’s poetry. It’s obvious from his response that Frank’s heart isn’t in his job, the students or even literature anymore. This as the drunk lecturer encourages the young students to enjoy the hot weather instead of learning about “dead poets”.

On leaving work, he bumps into his live in girlfriend Julia (Jeananne Crowley), who tells him that their colleague Brian and his wife Elaine are coming for dinner. Frank gives his apologies as he’ll be late as he’s meeting with a potential Open University student.

We then meet his possible protegé Rita (Julie Walters), a married Liverpudlian hairdresser who wants to learn about literature and herself before she has children. She’s a garrulous yet unconfident woman with a cracking sense of humour. She literally bursts into Frank’s life due to a broken door handle.

Rita had never sat an examination at school seems terrified of the more educated students. But in time she’s the tonic to Frank’s gin with him responding to her inquisitiveness, frankness and honesty during this first meeting. Rita is more curious about him than her books and she quizzes him on everything and anything as he interviews her.

The pair immediately develop a mutual rapport over a whisky. Rita’s humour and her breezy down to earth, less pompous and more refreshing chatty personality, brightening his day. It transpires Rita is actually named Susan, calling herself Rita after taking a liking to the name after her favourite author of a book she just read (which would be judging from Frank’s reaction to the title alone, would not fall into the classic novel category).

Despite his self-confessed foibles – as a failed poet and appalling teacher with a drinking problem – she’s insistent he becomes her tutor. This is as she likes him in spite of everything. She calls him

The unconfident self-loathing, Frank is surprised and quite taken aback by her liking him. As it seems he doesn’t like himself that much.

We learn Rita’s married to Denny (Malcolm Douglas), who doesn’t approve of his wife’s new venture into literature and university life. Denny hopes that instead, she’ll fall pregnant, with him believing she stopped taking contraceptives some time ago. However, unbeknownst to him, she’s continued to take them.

Meanwhile, we discover Frank’s live-in girlfriend Julia is cheating on him with their married colleague, Brian (Michael Williams). Brian often drops by their home and is often there just “to phone his publisher”. After a quick furtive snog with Julia, Brian is found “talking” to him on the phone as Frank’s arrives home for dinner. This is a common occurrence. His wife relaxing in the room next to the phone is oblivious of this.

Brian gently berates Frank on being drunk in the lecture, saying the faculty and students are aware of his drinking problem. He doesn’t notice Frank’s new found enthusiasm after this interview with Rita. Over time, Rita learns from Frank with Frank guiding her way in how to write essays and reading and appreciating the classics. She ends up reading more classics over the pulp fiction she normally reads.

In one of their meetings, she asks Frank about his first wife. Frank opens up to her and his failure as a poet, and she is shocked they split due to this. It is apparent that Frank is not used to being liked, as he does not like himself much. Then Rita – after Denny finds her hidden contraceptives – feels she has to leave the course, and Brian insists to Julia she leaves Frank…

Walters is perfect for this role. In her debut film from the start to the end, her rapport with the more experienced film actor Michael Caine is a joy to watch. Their scenes together are delightful and charmingly played. In a scene where Rita talks of seeing Shakespeare played at the theatre, you can feel her excitement radiating from her enthusiastic performance. This is infectiously captured by Walters.

It is reported that Caine taught Walters in this her first film role just as within the script as Frank taught Rita. This a great tribute to the never-ending praise this actor gets from his less experienced co-stars.

In her first starring role, Julie Walters makes the leap from playing this part on stage to screen easily and naturally. Julie Walters shines in all her scenes. Rita’s more dramatic scenes show Walters easily fitting into both sides of this character easily. Her performance where Rita’s comments are naturally conveyed in her down to earth portrayal of Rita.

Walter’s Northern English accent is spot on, and it is interesting to watch her evolve like Rita and her haircuts throughout the movie. With these haircuts, at the start of the movie Rita is bottle blonde, implying that the real Rita is behind this charade. By the end of the film as Rita finds herself, and this reflected in her natural hair colour and style.

Bearing in mind Rita has seven different hairdos in the movie, these haircuts don’t always reflect this character arc. Some are merely to indicate how time is progressing and then show her changes in the characters’ life.

Caine is in one of the more Oscar-worthy roles of this decade, although I’d still argue his passionate monologue in The Swarm (1978) is worth a mention. He is perfectly cast with his then gravitas and standing as an accomplished Oscar-worthy British actor we know and love. It was lovely to see the character arc of Frank change from someone who hated himself and literature to finding joy in these again through his relationship with Rita.

In his performance where Frank teaches Rita about answering essay questions or literary terms, there’s not a hint of patronising or mansplanation to his student. Caine also giving a natural, convincing professional performance in scenes where he plays a drunk but frank, Frank.

This made him much more than the drunken jaded lecturer (as his peers and students saw him), and his attributes stemming from Caine’s unpretentious portrayal of this role. From the start made his character a sympathetic character, as it appeared Frank had lost his confidence and volition after his wife left him. It was lovely to see Frank’s confidence increase through his relationship with Rita.

I loved the fantastic writing for this film, and it has a wonderful comic-dramatic screenplay with believable characters. The performances of Caine and Walters complementing these characters credibly – and much more than American acting talent would (Dolly Parton and Paul Newman?? why?) – are superb.

Both definitely deserved their Oscar nominations. Willy Russell’s screenplay on his play of the same name surprisingly didn’t win Best Screenplay (Based on Material from Another Medium) but certainly deserves a mention.  But do look out for Caine saying …”Not many people know that” in the movie. Look out too for the best clip of the film, when hairdresser Rita takes “10 years off” Frank, and gives him (and 1980s Caine) a much-needed haircut…

This post was submitted as my May Cinema Shame post and added to Hollywood Genes’ Always A Bridesmaid Film Blogathon. Other reviews with this cast include Michael Caine in The Swarm, The Fourth Protocol, The Hand, Bullseye,  Sleuth, X, Y and Zee and many more. Caine also features in my post on 5 of his 70s and 80 Retro Reviews. Julie Walters stars in Mamma Mia, Canterbury Tales and Mamma Mia: Here We Go Again. Maureen Lipman appears in National Lampoons European Vacation.

CLICK ON THE PIC… On a book with interviews of directors from stage and screen…. 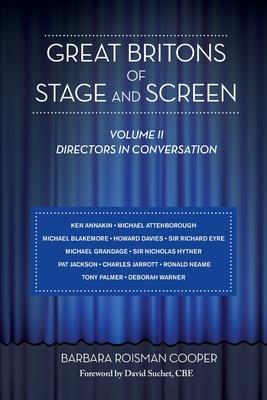 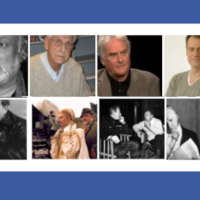 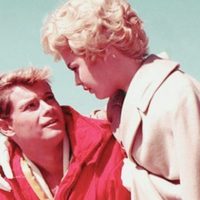 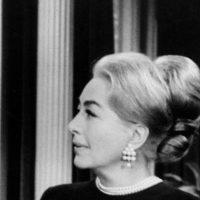