A Drive to a Kill…

A millionaire’s last wishes stipulate that five of his friends take part in a car rally, but someone would kill to win the prize worth two million dollars.

This is my second journey into the crime world with that 1970s TV Character with (and without) a wife, Stewart McMillan, a San Francisco police commissioner in McMillan and Wife (1971-77). It features both the charming, debonair and charismatic Rock Hudson as McMillan and his wife Sally as portrayed beautifully by the lovely, Susan Saint James. This episode found in season 4, episode 1 and named Downside to Danger.

This season has the happily married McMillans supported by the two then series regulars. These were Sgt. Charles Enright (John Schuck) and Mildred (Nancy Walker) were Stewart McMillan’s work colleague and the McMillans’ housekeeper respectively. These pair provided some of the comic relief for the show. This episode also had a dream 1970s guest star cast list with some familiar names such as Pamela Hensley, Bert Convy, Scatman Crothers and Van Johnson.

The episode begins as very rich Maxwell Abbott is on his death bed. He discusses his final wishes with his trusted attorney Quigley (Bert Convy). The pair have organised a car rally for his five friends (and their wives) from the San Francisco rally club. The first of these five couples to complete the rally and have the least penalties will win Abbott’s prized collection of vintage cars which are worth two million dollars.

To make sure all’s fair during this race, he’s asked his attorney Quigley to take on the role of rally master. Abbott has also asked his friend Stewart McMillan to ensure there is no foul play. McMillan and his wife Sally are also participants in this winner takes it all race.

This plot is then re-explained as these five couples meet for Abbott’s memorial service. The five couples are the McMillans, the Nolans, the Wheatleys, the Potters and the Jeromes. Quigley tells the couples about the rally (in case you missed the prologue). n time it’s seen that all five couples are keen to win and more on their motives are revealed throughout this episode.

However, right away the larger than life, film producer Harry Jerome (Johnson) reveals to the others that he will sell the cars should he win. At the memorial, Harry Jerome is accompanied by his pretty, younger and third wife, Gwynneth (Pamela Hensley). Stewart McMillan plans to give the money from selling the cars to an honourable cause, The Police Benevolence Fund. Sally (Saint James) seems ok about this proving she’s a good woman and a loving (and heavily pregnant) support to her husband.

We see things from this man’s point of view, as he adds a sugary solution to their petrol tank. The “prank” is discovered by McMillans’ mechanic Floyd (Scatman Crothers) after their car won’t start, so the McMillans arrange to use another car. It appears that the other couples have had other similar “problems” before the race.

The couples meet for the rally, and they meet up as a group one night. McMillan is tipped that a bomb is due to explode.. but he saves the day and finds it’s a stink bomb. Two motorcyclists are seen to sabotage the route by changing signs, muddling up participant’s instruction booklets and more shenanigans.

The Jeromes’ car is seen to lose control on the road, and their car heads bumper first into a lake. The car sinks and Gwynneth is drowned, with her husband Harry trying frantically to save her.  He is seen diving in to try and save her. But he’s now more than visibly upset as it’s revealed she’s died. He is taken to the hospital and seems quite shaken.

After this incident, the motorcyclists are caught and questioned by McMillan and the local Sheriff. One of the culprits admits to their part in everything but both deny a role in Pamela’s death. After the car is recovered from the lake, the car brakes are revealed to be cut… but was it murder?

This episode initially feels like a treasure hunt crossed with The Cannonball Run (1981). This question of murder or sabotage is also pondered by Stewart McMillan and Sally (his perpetual sounding board and constant loving support). He equally gives the space for his on-screen wife to become involved in this case with her role in both discussing this case and tracking down the bad guy.

McMillan gives the lowdowns on the other men’s lives provides some possible insights into the men’s lives and motives. After Pamela’s possible murder, it has you question just how far these “friends” would go in winning those vintage cars. Each of the men was revealed to have their own motive for winning the money.

In Van Johnson’s role as Harry Jerome, he played a successful rich Hollywood movie producer. Jerome is married to a much younger woman and this his third wife. Van Johnson made his presence known and felt from those first scenes at the memorial. He played this character as a man with apparent overconfidence and arrogance. Johnson delivered the script with gusto and made his character a force to be reckoned with. He certainly brought this loud and at times obnoxious character to life.

Johnson clearly seemed to enjoy this role with him performing all his lines in this majestically overbearing manner. He brought this insufferable man to your attention as he barked orders at poor Gwynneth. Johnson stealing the thunder in this episode in that lengthy list of guest stars that you’ll remember from back then. It was nice to see Johnson’s character show more depth after his on-screen wife died.

I loved how this possible murder case involved the role reversal with the much older richer husband being the partner of a possible murder victim. This with this character’s younger wife dying, rather than the older and richer partner.

Gwynneth’s death made you question if there was a back story to this couple and a relevant plot overlap with those other couples. This, however, was part of the story I would have liked to have been seen developed more and with more interactions between the couples in both the plot and the script.

I’d read that Hudson and Susan Saint James, who had played Sally McMillan, had had one of those delightfully credible on-screen chemistries in their leading roles. This is more than evident in this episode as on-screen love interests. They had a sweet, loving and amiable rapport and banter. They were a credible romantic couple and this seen despite the large gap in their ages.

The pair were seen to be romantic and loving, but this not to the at time irritating extremes of that married couple in Hart to Hart. But the McMillans are seen in a sweet more endearing way, making this particular loved up married couple more credible. When watching Hart to Hart as a kid I always longed for them to have a fight as they seemed way too loved up.

Hudson and Saint James were supportive of each other on-screen. Both shone as individuals and a team in the dramatic parts of the episode in their scenes together and with the others in the cast. It is a shame that Saint James wasn’t cast as Sally for what would be the final season.

I certainly enjoyed watching this on-screen couple more than watching Hudson without her in McMillan. McMillan was the sixth and final series and made without Susan Saint James as Sally. This character dying off-screen and then the series retitled. I also adored their rapport with the remainder of the established cast. They had all a lovely believable rapport as a team. It was sad to learn that this on-screen team didn’t stay together for this entire series.

This show’s balance between comedy and drama was a good one,  there are some fun moments from 6ft plus Hudson trying to squeeze into a tiny vintage car. This was a nice nod to his role in Pillow Talk (1959) with Hudson’s character there who had a similar problem with wee cars.

I did wonder if more could have been done with the drama within this plot. The sabotage storyline was beautifully set up after those scenes shown from the sabotager’s point of view, with this unknown man in denim disguised using shadows and strategically placed furniture.

However, this would have been more interesting had his female accomplice been phoned instead, as these scenes made it obvious who wasn’t a suspect in the sabotage storyline. Better scenes were seen from a sabotager’s point of view as they tampered with the McMillan’s car added to the suspense, but some tell-all scenes unintentionally eliminated characters from the suspect list.

Other storylines introduced in this episode that could have been further developed included Schuck’s Enright’s new girlfriend, as with just her one scene I felt this actress was underused. However, I believe her character could have added more twists to this tale.

The list of suspects for the sabotager was also increased by including Bert Convy’s rally master and Scatman Crother’s mechanic. Although you knew they wouldn’t be in line to win the cars, you wondered if someone was paying them to help them in their quest to win the goods.

The inclusion of these characters as suspects made this a more rounded episode, as well as a possible natty twist that had either been involved with the on-screen skulduggery. But you’ll find that you are driven to distraction in identifying just who was in the driving seat in this suspense-ridden police procedural whodunnit…

The Fourth Van Johnson Blogathon No 18

This post was added to Love Letters to Old Hollywood‘s Fourth Van Johnson Blogathon. Other reviews with this cast include Rock Hudson starred in Pillow Talk, Dynasty, Avalanche and McMillan. Susan Saint James in M*A*S*H and Love at First Bite. John Schuck in Star Trek VI: The Undiscovered Country, Murder She Wrote and Fantasy Island. Nancy Walker stars in Rhoda, Columbo, Happy Days and Fame. Pamela Hensley in Buck Rogers in the 25th Century, Hotel and The Love Boat.  Scatman Crothers in The Shining and One Flew over the Cuckoo’s Nest. Van Johnson in Divorce American Style and The Kidnapping of the President. Bert Convy in The Cannonball Run. Martin Kove in Charlies Angels. 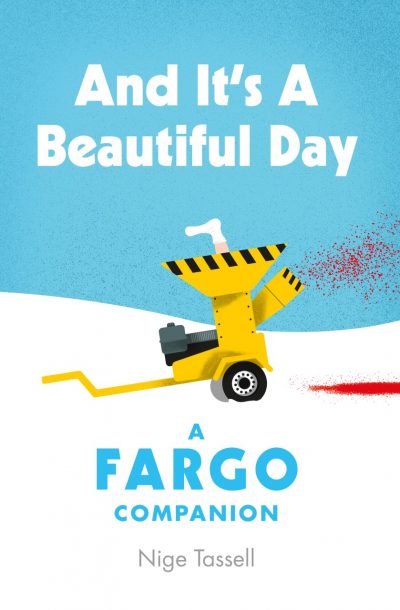