4 Undeadly Dracula films with some bite…

Differently Dressed Dracula casts in four films over the ages. 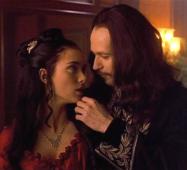 Dracula – a character based on the Bram Stoker novel of the same name – tells of the infamous Count Transylvanian vampire and his quest for fresh blood from his victims. As Dracula is the second most popular character in film, I’m only going to review four of his film reincarnations.

In this review, I will look at the plot, cast and costumes of 4 very different Dracula films with 2 films from both the early and late 1970s and 1990s. But of course, credit should be given to Bela Lugosi – whose later acting career was immortalised in the brilliant Ed Wood (1994) film with Johnny Depp in the title role and Martin Landau as Lugosi – who was the first to legitimately star as Dracula in 1931.

This Hammer Horror production was introduced to me by my Darlin’ Husband. Knowing I would relish seeing Stephanie Beacham as Jessica Van Helsing in a pre-The Colbys (1985-87) role. It has added bonus of Christopher Lee – as Dracula – and Peter Cushing, playing Lawrence Van Helsing and his grandson. The pair fight to their deaths in 1872 aboard a stage-coach.

Onto 1972, where Dracula is brought back to life by Johnny Alucard in a black magic ceremony. Dracula kills two of the group, including the voluptuous Laura (Caroline Munro) who then vamps it up, in thigh length boots and the possibly smallest pair of hot pants ever. As you do in 1970s Hammer horror. Dracula turns Alucard into a vampire too, who then preys on Jessica and her other hippie friends leading to her telling all to her grandfather, also Cushing leading to a Van Helsing/Dracula –  Lee/Cushing – showdown.

Lee strikes a fearsome figurehead with the traditional black cape throughout the movie. In 1972, the guys and gals wear their (then current) early 1970s gear. It’s shift dresses, headscarves and hot pants for the girls and for the men there are ruffled shirts, natty waistcoats, velvet jackets and fedoras galore. Combined with 1970s hairdos including mullets, this film is a visual treat for the more retro movie fan. Along with the groovy lingo and the impromptu appearance and musical number from the now-defunct Stoneground (as themselves) – they split the following year – totally set the seventies scene, it’s worth a look.

It’s back to the 1970s again, this time with a pre-Dynasty (1981-89) George Hamilton as Dracula, and seeing the apparent sun-worshipping Hamilton, he appears the palest he’s ever been. The horror-comedy film tells how Dracula having been made homeless in Romania moves to New York. There he falls in love with the 1970s reincarnation of his lost love, a model named Cindy (Susan St. James).

He makes his move under a 1970s mirror ball and proves himself to be a bit of a nifty dancer. The film plays it for laughs with lots of funny one-liners and the vampire’s bat seen with strings. Of course, he has to be stopped by the Van Helsing descendant, Jeffrey Rosenberg played by Richard Benjamin. Also in love with Cindy, Rosenberg tries to kill the Count…

Hamilton earns his ham in Hamilton as hams it up with the accent and looks more suave than scary in a white tuxedo, cape and highlighted hair compared to the fashion model object of his affection who dons a pre-1980s frizzy perm and a less than memorable late 1970s wardrobe. As for the rest of their fellow disco attendees, they are wearing memorable 1970s fashions.

The familiar leather outfits, jackets and mullets memorable from many a film or cop show from that time. And that’s just the men. However, special mention must go to Hamilton’s makeup which was applied by William Tuttle who also was responsible for Bela Lugosi’s make up in Dracula (1931). Another makeup artist, Dorothy Pearl in this film also worked as transforming Dustin Hoffman’s character Michael Dorsey into Hoffman’s Dorothy Michaels in Tootsie (1982).

Another Dracula film, I watched recently with my darlin’ husband, has to be this one. If you thought that George Hamilton had hammed his role, then it’s nothing compared with Gary Oldman. Oldman has stiff competition here with the actor playing Van Helsing, Anthony Hopkins. Both are almost forgotten in the furore regarding Keanu Reeves’ English accent which was more than a bit ropey at times.

The film is based on Stoker’s book and partly set in 1462, where Dracula renounces God after his wife’s suicide stating that he will avenge her death. We fast forward to 1897, where Dracula meets his solicitor Jonathan Harker (Keanu Reeves)’s fiancée Mina (Winona Ryder) and believes she is the reincarnation of his beloved wife. He falls in love with her and she with him. After changing to a vampire in London, Dracula rapes and bites a friend of Mina’s Lucy. Dr Van Helsing is called to help her due to her increasing unwell state claiming a vampire has caused her condition…

The sets and costumes appear to look like something that Tim Burton would dream of but surprisingly the film was directed by Francis Ford Coppola. Wikipedia states Coppola invested much of the money for the picture into the costumes, and it shows. Winona Ryder’s gowns and Dracula’s at times unconventional dress are particularly outstanding.

The costume designers took into account the character’s traits in each scene. They were also encouraged to think out the box and the costumes to be “weird” and to correspond with the mood and theme of the script. Eiko Ishioka, a Japanese costume designer won an Academy Award for her work on this film. Special mention must also go to the make up artists who also won an Oscar. One of the makeup artist Greg Cannom being nominated 9 times for this award, which is two short from tying with Rick Baker who did the makeup on An American Werewolf in London (1981).

But ending on a fun note,  Leslie Neilsen is our final Dracula in a homage filled and parodied version of the book and films. It was directed, co-written, produced and starred Mel Brooks. It follows the plot from the 1931 film version mentioned earlier with Lugosi.

This film is also based in the 19th century, and it tells of Dracula meeting Mina and her friend Lucy but with comic moments involving mind control and hypnosis to avoid Van Helsing  (Mel Brooks)’s vampire traps, however as in the previous film Dracula hopes to make Mina his bride forever…

But if none of the above films appeals to you to watch on this famous Count there is a huge list of Dracula films on the Internet. However, the actor I feel would have been terrific in this role due to this distinctive voice and presence, is Ricardo Montalban, who would no doubt be a pain in the neck wanting a costume head to foot in Corinthian Leather.

The Characters in Costume Blogathon 2016, No 22

This is my entry for the Characters in Costume blogathon run by Christina Wehner and the Into the Writerlea blogs. Other reviews with these casts include Stephanie Beacham in Dynasty and The Colbys. The Naked Gun Films and The Poseidon Adventure star Leslie Nielson. Keanu Reeves stars in The Devils Advocate, Point Break and more. Winona Ryder stars in Destination Wedding and in Stranger Things. Anthony Hopkins stars in International Velvet, Westworld and Hitchcock. Susan Saint James in McMillan and Wife. Gary Oldman in Leon. Peter Cushing in Asylum and Caroline Munro in I Don’t Want to  Be Born.

Newish… Read my interview with one time Roger Corman screenwriter, Michael B Druxman…

Interview with Michael B Druxman