A vindication of a villainess in the original Dallas TV Series…

About that Barnes’ woman’s half-sister, Katherine Wentworth who went this far… for love.

With the Barnes clan

The first thing you notice about this TV villainess is her unmistakable features, her strong resemblance to Vivien Leigh (3 or 4 casting agents can’t be wrong) and her big 1980s hair. Then when looking into those innocent looking blue eyes you wouldn’t believe this beautiful woman was responsible for so much pain.

As more often than not, her striking eyes were filled with jealousy, hate, anger and “innocence”. The latter just before she stuck in the knife, or in her case shot the gun. However, you could argue that at times she was hurting too and as vulnerable as the rest of us when it came to life and love.

Let’s look at the conflicting case of Katherine Wentworth, that possible villainess from 1980s Dallas (1978-91). And this villainess was played by the lovely, actress Morgan Brittany during all of Katherine’s appearances on this show from 1981 until 1987. This wonderful actress the opposite of her screen character, as Morgan is a supportive and giving actress. As she has often responded to my tweets relating to my posts on her many TV and film appearances, with helpful comments and likes.

Katherine Wentworth first made her appearance in the show as Cliff Barnes and his sister, Pamela Ewing’s long-lost half-sister.  As you do. As in soapland, anyone who’s anyone has the possibility of long-lost relatives eg husbands, cousins, children etc in soaps to unofficially extend the regular cast.

In Dynasty (1981-89), Blake was lucky/unlucky enough to have his brother (Ben) and two of his children return home all after a lengthy absence. The children were one he’d never met (Amanda) and one kidnapped as a baby (Adam). And topping this, a long-lost sister was discovered (Dominique). Meanwhile, in Dallas, there was cousin Jamie Ewing and a child for JR from way back in James Beaumont.  To name just two blasts from the Ewings’ past.

So what of the Ewing rivals in that series long feud, the Barnes family..? Enter Katherine Wentworth. This as Pam (Victoria Principal) tracked down her mother, Rebecca (Priscilla Pointer)  who’d disappeared way, way back (but that’s another story). And after finding her as a successful businesswoman in the oil business (of course). Her mother had remarried oil baron Herbert Wentworth, Director of Wentworth Industries.

And after some time, her now widowed mother introduced Pam and Cliff to their half-sister Katherine. Poor wee naive Pam thought this was wonderful to have a half-sister. But Pam was stupid enough to think she’d have sisterly love in return. So is it any wonder that this woman, who had thought herself an only child just would automatically love the idea of two instant half-siblings at her age. Especially with Katherine’s close relationship with her mother, and her half-brother Cliff being given a job in her father’s company and almost bankrupting it…

As Katherine arrived from New York and her journalism career, we hoped Katherine wouldn’t be too much like saintly half-sister Pam. Then wife to another goody-goody Bobby… but it seems the only things the women had in common was Bobby and the same mother. Pam’s sibling developed an unhealthy obsession with her brother-in-law, as she fell madly, deeply in love with him. But with him played by the lovely Patrick Duffy and being the nicest of those Ewing boys who can blame her.

This almost fatal attraction (for him and for her) started after Katherine and Pam’s mother’s death which led to her hatred of her half-brother and her attempts to destroy him professionally. Katherine blamed Cliff (Ken Kercheval) for her untimely death, as her mother was on her way to stop JR (Larry Hagman) from buying a refinery when she died in a plane crash. And on her way to help Cliff out. (And to be fair so did all of us blame him for this if we were rooting for JR) .

Katherine’s attraction to her sister’s husband led to her breaking up her half sister’s marriage with some dodgy paperwork. But then JR who hated Pam didn’t exactly discourage her, in fact, the idea of anything distracting Bobby from work or with him falling out with Pam was fine by him. And Pam really should have checked before signing!!!

However, this split, backfired on Katherine spectacularly after Bobby’s old flame Jenna returned and the pair rekindled their love. She then tried to bribe Jenna (Priscilla Presley) into leaving Dallas. Which failed. Brittany faced off another actress who played Jenna Wade as she had done with Morgan Fairchild in The Initiation of Sarah (1978).

Katherine tracked down Jenna’s long-lost ex-husband Naldo Marchetta to stir up trouble by inviting him to the Big D that is Dallas.  Maybe Jenna should have been honest about his appearance and not led her former flame Bobby up the garden path about him possibly being her daughter’s father.

Katherine slept with her beloved Bobby’s brother JR thinking he’d help her in her quest for Bobby’s love. But she was blackmailed by him with his alleged sex tape. leading to her confession to Bobby about it. Again unfair, as Bobby had often turned down girls who’d slept with his brother (see Holly Harwood, in another part of the saga).  But by now Bobby and Pam discovered she was behind their breakup. Bobby finally (how naive was he?) realised just how much Katherine loved him.

And with both Bobby and Pam not wanting to see her again, she sought revenge and took her loaded gun to the Ewing offices. Then after entering JR’S office, she shoots Bobby… leaving him blind and seriously injured. And all revealed later – in her confession – that Bobby was her intended victim… after a further attempt to kill him.

She must have found some inspiration in the fact that another Ewing sister-in-law gunned down her brother-in-law (and if you don’t know that storyline from 1980…). But it is a condemning action proving her as a villainess to extremes – Joan Collins as Alexis never went this far for reconciliation with Blake –  as shooting is a wee bit extreme and crazy, even in soapland.

Then things for Bobby go a wee bit more intense, Katherine frames Jenna for Marchetta’s murder – after slyly arranging it – but Jenna is cleared. Can’t really arrange a murder, can we…Katherine? And the morning after Bobby and Pam reconcile, Bobby is run over in Pam’s drive.

This is after he saves Pam from a mystery blonde intent on mowing her down. The blonde however crashes and the owner is killed instantly and revealed to be Katherine.  Bobby died from his injuries we all blubbed, then a season later, Pam woke up… it was all a dream leaving Katherine alive… so throw out all the evidence relating to the “Death of Bobby Ewing”!

Finally, Katherine returned to Dallas once more, this time again in hospital as her sister’s life was on a thread after a horrific accident. Katherine is not to blame for this (surprisingly): In true villain style she told her sister of her jealousy, and her plot to get Bobby’s love. As villains do. but we learn of her intentions as Hooded Claw style she tells all to her heavily bandaged, obviously not Victoria Principal sister.  This is when Bobby’s called away by a doctor as we find there ain’t no fury like a sister-in-law scorned.

However caught in her actions,  she was given an ultimatum by Bobby that should she return she would be arrested.. and that was that.  But admit it, who really wanted Katherine to return when Pam had left the original series, Jenna had married Ray and Bobby was young free and single. Or even as a wee cameo as Bobby’s wife in that final episode, Conundrum (1991).

True in the former scenario, Katherine could have had plastic surgery, been a completely different actress and Katherine could have gotten her man. But tbh, Katherine’s reappearance should always have been from that actress with those startlingly blue eyes, Morgan Brittany. And Morgan with regards to that particular villainess, and to paraphrase that Bond theme “nobody does it quite as good as you, Morgan you’re the best!”

This post features in the Classic TV Blog Association’s Classic TV Villain‘s blogathon. Other reviews with Morgan Brittany include Prime Time Soap Star Ads, Galaxy of Guest Star Ensembles, Gable and Lombard and Gypsy. The Dallas cast is also featured here in reviews of 5 Patrick Duffy Performances, Earthquake and much more. OtherDallas posts include Dallas, 12 Days of Dallas, the final episode Conundrum and confessing my love for JR Ewing. 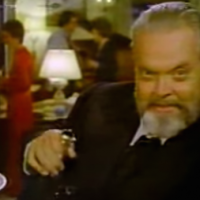 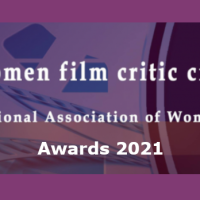