Jason Statham, Your Kills are Numbered…

Don’t ever kill anyone’s dog and steal their car, you might get more than you bargained for… 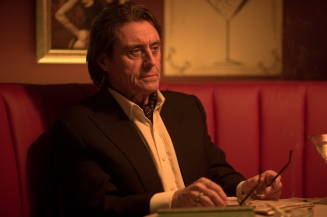 Guys, hands up how many of you are currently planning on taking your date to the new Deadpool (2016) movies on its Valentine’s Day release claiming it’s a romance with the romantic comedy favourite from Definitely, Maybe (2008), Ryan Reynolds.

I’m sure some of you also tried a practice run with the film John Wick, Chapter 1 (2014) saying the film was about a recent widower (sob) played by romantic comedy star of Somethings Gotta Give (2003), Keanu Reeves.

This widower’s puppy – a present from his dead wife – is killed and he seeks vengeance (which to be fair it is) – However the plot is ever so slightly different, it tells of an ex-retired hitman whose puppy gets killed and he goes back for one last hit and a shoot ’em dead in a by the numbers Jason Statham vehicle. I

f you used the whole of the former John Wick plot and it’s still not working on your lass, you could always throw in that actress, Eva Longoria better known as TV’s Desperate Housewives‘ (2004-2012), Gaby Solis helped produce it…

However initially, you could also be duped into believing the former plot from the start of the film as an anonymous man (Keanu Reeves) is looking at a video of himself and a woman declaring their love as he is holding onto his bleeding stomach and then he falls apparently dead. We then flashbackwards finding out this woman was Helen, his wife, and she died from an unknown illness in hospital leaving him heartbroken.

We see Reeves at her funeral where he is then approached by an “old friend” called Marcus (Willem Dafoe). Reeves is alone until a surprise delivery of a puppy and a card from his wife arrive, a delivery which she had organised for him before her death.

However after a confrontation by Iosef (Alfie Allen), a young Russian and his friends at a petrol station who want to buy his vintage car and when Reeves refuses this movie changes gear. After following him home, Iosef and his now masked friends attack Reeves later that night and they then hurt his puppy who later dies. Reeves fights back but is left unconscious while Iosef and the gang then steal his car.

They visit a character named Aurelio to get the number plate changed, Aurelio works for Iosef’s father, Viggo (Michael Nyqvist). Aurelio tells Viggo what his son Iosef just done we discover it’s not just anyone’s car it’s… interspersed with Reeves smashing up the floor of his basement with a sledgehammer.

As he reaches a case full of guns and other weaponry,  we find out that the dog and car belong to John Wick. Wick then speaks to Aurelio and finds out Iosef is Viggo’s son. Viggo being the head of the Russian crime syndicate in New York and Wick was previously his best hitman alongside Aurelio.

Wick was allowed to retire after he killed all of Viggo’s opponents.  Wick gave up this job to be with Helen five years previously. The dog was his last link to his new assassin free life and his wife and he’s now gunning for revenge…

As Wick will not be talked out of revenge, Viggo sends a dozen masked men to kill him. After killing them off one by one, in moves any Jason Statham character would be proud of Viggo then tries to protect his son by offering “old friend” Marcus a bounty to take the contract out on Wick. He is told by the hotel’s owner that Iosef is hiding out in his night club. Wick later attends the same underground club to serve his revenge on Iosef.

The club and hotel’s owner is English (but now appears to be adopted by Hollywood) treasure, Ian McShane. This film progresses to choreographed fight and self-defence moves and yes, you do expect Keanu to do some moves he learnt from the Matrix movie.

As the film’s directors, Chad Stahelski and David Leitch worked on this film and the Matrix trilogy you may well do.  Anyway, there’s killing by shooting, stabbing, drowning, hand to hand combat, and punching to almost Statham proportions for his character Lee Christmas in the first Expendables  (2010) film.

But I’ll not tell you exactly how things pan out after Ian McShane’s appearance but let you enjoy the carnage…however after comparing the kill count numbers for this film, luckily provided by IMDB and the Expendables Wikia Kill Count webpage the first John Wick film’s final kill count is less than Statham in the first Expendables movie.

Anyway, the good news is that the snazzily titled sequel, John Wick 2 is out next year, and expect the third of this trilogy at a later date. It will be interesting to compare the final kill counts tally with the rest of Statham’s Expendables outings to date. Wikia quotes 183 kills by Statham’s character in the equally snazzily titled Expendables 2 (2012). Tune in later this year to see if Statham really is expendable and if John Wick the one. 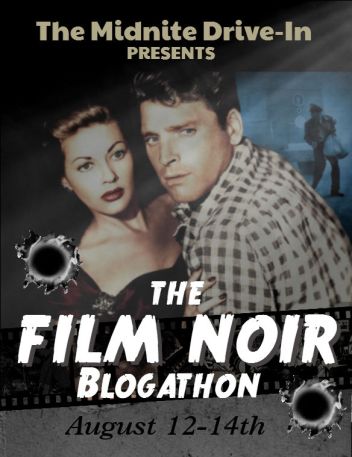